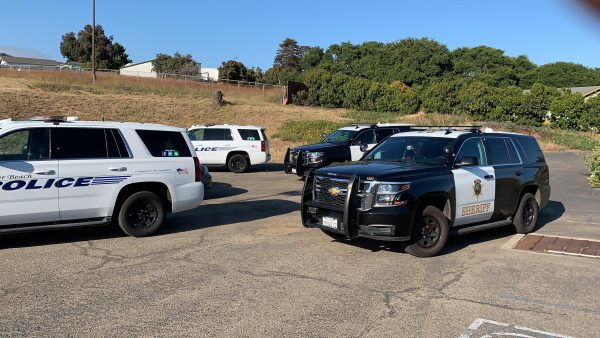 Grover Beach Police Chief John Peters authorized officers to arrest members and the pastor of the Bethel Baptist Church if they attempted to enter the church property. It was the latest development in a battle over ownership of the church and property worth an estimated $2.9 million.

Peters told officers on Friday that the Christian & Missionary Alliance (C&MA) was the legitimate owner of the 67-year-old church. The C&MA is trying to sell the property to the 5 Cities Homeless Coalition whose board membership includes Grover Beach Mayor Jeff Lee. 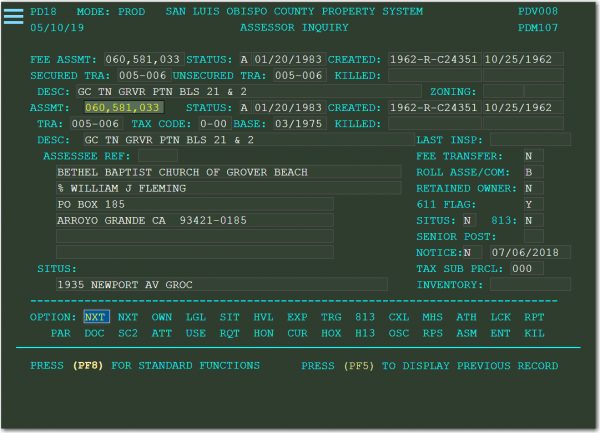 Members of the Bethel Baptist Church have been battling the C&MA over ownership of the property on Newport Avenue since early 2019 when they were told that the church was being shuttered and sold because membership had fallen.

As the fight continued, Mayor Lee pushed for the sale of the property to the 5 Cities Homeless Coalition. Lee is a strong proponent of transforming the building from a church to the nonprofit he represents.

The C&MA changed the locks on church doors and took down Hillside Church signs on Sunday, May 5, after a meeting between C&MA representatives and more than 100 parishioners ended with the C&MA telling the parishioners they no longer had a church.

Pastor and president of the Baptist Bethel Church board John Fleming then announced plans to conduct services in the parking lot on Sunday, May 12.

On Friday, Chief Peters said that the C&MA was the legitimate owner of property and that officers were to arrest members of the parish who refused to leave the property. A few hours later, Valerie Wilson, a representative of the CM&A, and several others removed property and a plastic tub filled with documents from the church, according to Fleming.

Fleming asked several officers to stop the pilfering, and provided county records showing Bethel Baptist Church as the owner of the property. Officers said they had to go by the ownership documents that Chief Peters concluded showed the C&MA was the property owner.

“We have to go by the paperwork we have at this time that we can recognize, that he can recognize,” officer Celis Rabena said. “If there is any trespassing on the property and Valerie (Wilson) chose to press charges, we have to take action.”

But on Sunday, the C&MA changed its request to have the pastor and parishioners arrested, and permitted them to have a service in the back parking lot behind the church while officers stood by. 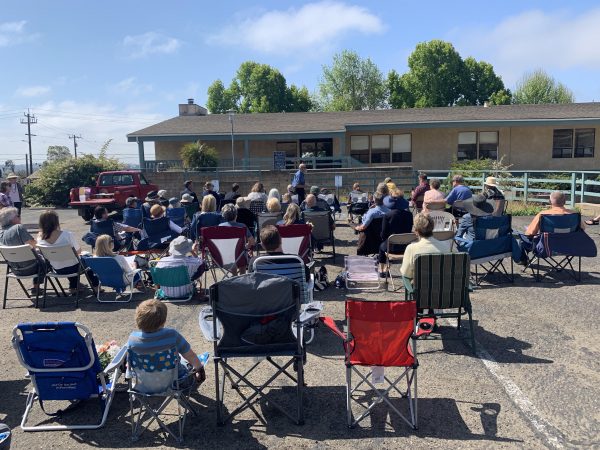 Bethel Baptist Church May 13 sermon held behind the church

In 1962, Byron and Hazel Ewing deeded the more-than-3-acre lot they owned at 1935 Newport Avenue to the Bethel Baptist Church.

About 10 years ago, Ron Kennedy became an assistant pastor of the church. A few years later, Kennedy moved into the position of primary pastor. He brought Valerie Wilson in to handle the very limited accounting required at the small congregation, parishioners said.

About a year and a half ago, the church began allowing 5 Cities Homeless to utilize church property for a warming center for the homeless.

Last year, officials from the 5 Cities Homeless Coalition asked Kennedy if he would consider selling the property to them.

On July, 10, 2018, Kennedy listed himself as chief executive officer and Valerie Wilson as chief financial officer in a statement of information filed with the Secretary of State’s Office.

On Oct. 17, 2018, Kennedy filed for a deed of trust transferring the property from Bethel Baptist Church to Hillside Church of Grover Beach of the Christian and Missionary Alliance. For an address, Kennedy put “in care of Valerie Wilson” at her home in Arroyo Grande. Shortly afterwards, Kennedy informed the 5 Cities Homeless Coalition he would sell the property to them.

On Jan. 11, 2019, C&MA and the 5 Cities Homeless coalition entered into a purchase agreement, on a property valued at $2.9 million, with Wilson listed as the seller’s agent. However, the sale has not concluded because of issues with a clouded title.

On May 6, Fleming filed a grant deed on the church property listing him as the president of the Baptist Bethel Church board.

On May 10, Kevin Irot, the vice president of the San Luis Obispo First American Title office, found that Bethel Baptist Church is the owner of the property, according to an email from Irot that included the SLO County Clerk/ Recorders Office official record.

Also on May 10, the SLO County Assessor’s Office confirmed that the Newport Avenue property is owned by Bethel Baptist Church in care of John Fleming.

On Friday afternoon, Fleming provided the Grover Beach Police Department with multiple county records denoting Bethel Baptist Church as the owner of the Newport Avenue property. Even so, the police department continued to recognize the CM&A as the legal owner of the church.

Both the C&MA and the Bethel Baptist Church congregation continue to claim to own the property. It is likely a court will make the final determination.