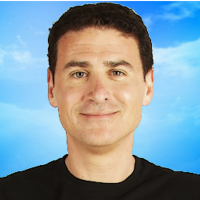 Outrage over a movie in which a white man pretends to be a black female radio host drew allegations of racism and a response from the San Luis Obispo International Film Festival, which social media users accused of endorsing the flick.

Loqueesha, a film directed by and starring actor Jeremy Saville, is set to debut in some theaters in July. A trailer for the film displays the words “official selection San Luis Obispo international film festival 2019” between laurels.

The trailer has prompted numerous angry comments over alleged racism, some of which were directed at the SLO film festival. Yet, the film festival actually rejected the Saville movie as an official selection, the San Luis Obispo International Film Festival said in a statement released Monday.

Saville submitted the featured length comedy Loqueesha to the film festival in the George Sidney Independent Film competition category. Upon being rejected, Saville then informed the film festival he was a resident of Monterey County and asked that the film be reconsidered for the Central Coast category, the film festival’s statement says.

After the guide was printed, the film was pulled from the festival. Loqueesha did not screen at the SLO film festival.

Nevertheless, the film’s publicist included “official selection” laurels in the Loqueesha trailer. The film festival’s legal representative immediately responded by requesting the trailer be pulled and the laurels be removed, the festival said.

“It is important to note, that while the San Luis Obispo International Film Festival does not shy away from the programming of challenging or provocative films or films dealing with uncomfortable or racy subjects, the festival also recognizes that those films require substantial additional scrutiny prior to including them in the festival’s programming,” the festival said in its statement. “Unfortunately, even though this film did not end up screening at the festival, the truth is that the film did not receive an adequate vetting process and for that, the festival apologizes and commits to installing appropriate measures to see that this unfortunate circumstance does not occur in the future.”