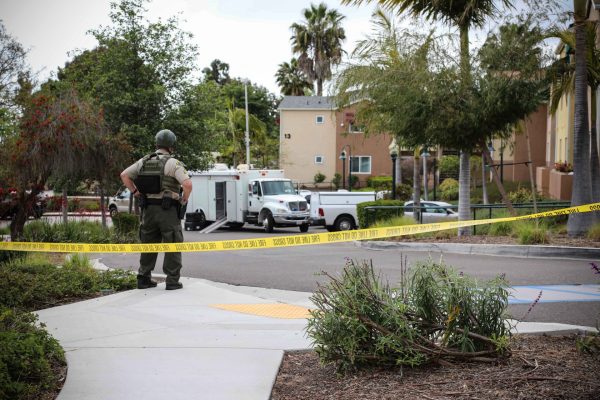 A known gang member who was wanted for attempted murder was struck by four bullets officers fired amid a gun battle that took place last week at an apartment complex near Goleta.

During the exchange of gunfire, Francisco Anthony Alcaraz Jr., 32, fired a total of six rounds at officers. Santa Barbara police officers fired a total of 58 rounds at Alcaraz, who died as a result of injuries from bullet wounds. There is no indication Alcaraz suffered a self-inflicted bullet wound, according to investigators.

No officers suffered injuries in the firefight. However, one bullet struck the pant leg of an officer, and another bullet struck a SWAT vehicle where officers were taking cover, officials said.

The sheriff’s office, which has investigated the shooting, says Alcaraz was a documented gang member from the Santa Barbara area who was wanted for an attempted murder related to his involvement in a gang-related shooting. Alcaraz was was residing in Lompoc but was known to frequent the apartment complex on Camino De Vida, where his wife and children were living.

At about 12:45 p.m. on May 7, Santa Barbara police officers, including members of the department’s SWAT and Crisis Negotiation Team, tried to conduct a high-risk search and serve an arrest warrant for Alcaraz at the Camino De Vida apartment complex. The SWAT operation was timed to take place at an instance in which Alcaraz was alone inside the apartment.

While police were trying to serve the warrant, Alcaraz opened fire at officers from the second story stairwell of the apartment and then from an upstairs rear bedroom window. Officers returned fire both times Alcaraz shot at police.

Detectives later determined Alcaraz was in possession of a 40-caliber semi-automatic handgun with an extended magazine.

Because of the gun battle, authorities sent residents in the area an emergency notification to shelter in place, and nearby San Marcos High School was placed on lockdown. After failing to make contact with Alcaraz, authorities evacuated residents in the apartment complex and transported them to a safe location.

A multi-hour standoff ensued, during which personnel from several agencies gathered outside the apartment complex. Eventually, a sheriff’s bomb squad robot went inside the apartment, and at about 3:40 p.m., authorities determined Alcaraz was dead.

An autopsy has already been conducted. When the sheriff’s office completes its investigation, it will forward the case to the Santa Barbara County District Attorney’s Office. 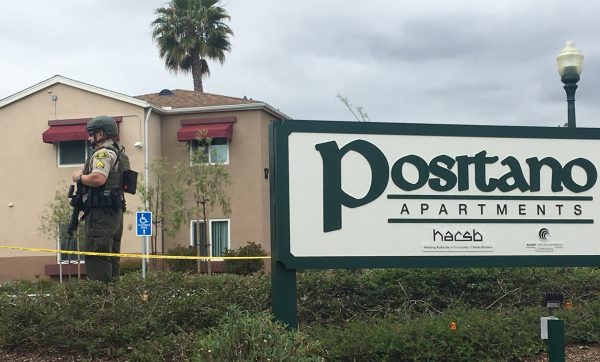