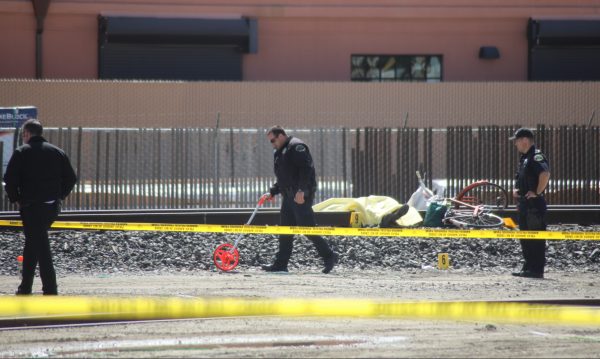 A man’s dead body was found lying on the railroad tracks close to the Paso Robles train station Friday morning.

Police say the deceased person was a homeless man who may have been in his 60s. The man was not struck by a train, and he likely died as a result of health problems.

A passerby spotted the man’s body at about 8:20 a.m. near 6th and Pine streets. A bicycle and a bag of groceries were lying text to the body, a witness said.

Authorities are currently withholding the man’s identify as they notify relatives about the death. The cause of death is under investigation.

Trains are temporarily unable to pass through the area because of the body on the tracks.