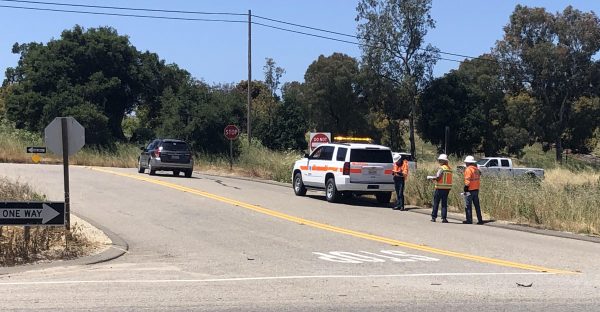 A Sacramento judge ruled Thursday that Caltrans can begin safety improvements on Highway 101 at four points between Arroyo Grande and Nipomo, despite an ongoing lawsuit.

Caltrans had scheduled construction to begin on May 13. However, in response to a lawsuit filed by Vintage Wine Estates, the owner of Laetitia Winery, on May 10, the judge ordered a temporary halt to construction.

On Thursday, the judge lifted the temporary stay of the project ruling that Caltrans can move forward with the improvements, including changes to the median area of Highway 101 at El Campo Road.

In response to the winery owners’ legal request to halt work on the safety improvements, James Grant called for a boycott of Laetitia wines and protests at the winery.
On May 14, James Grant met with Pat Roney, the CEO of Vintage Wine Estates. During their meeting, Roney agreed to drop litigation if it was necessary to get the safety improvements restarted, James Grant said. But after the judge lifted the work stay, Vintage Wine Estates decided to continue the lawsuit in order to promote a permanent solution to access issues.

“Our intent was to create positive action for Caltrans to evaluate all of the impacts of the closures that are likely to occur, mitigate those impacts, and importantly, consider and adopt a permanent solution to El Campo Road access, not only for Laetitia Winery but for the many homes and ranches along El Campo Road,” said Terry Wheatley, president of Vintage Wine Estates.

The Grants and the owners of  Laetitia  Winery have formed a working group with a goal of promoting safety and accessibility, James Grant said.

“When you promise your son who has passed you are going to do something, you have to make sure it happens,” James Grant said.