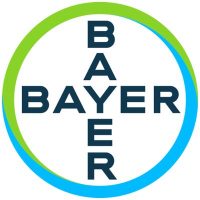 Amid an ongoing debate over whether the weed killer Roundup causes cancer, some parents have become outraged upon learning that the Lucia Mar Unified School District has been using glyphosate-based Monsanto products on school grounds. [KCOY]

A sign placed at Shell Beach Elementary School states the product RangerPro was recently used on campus to control pests and weeds. RangerPro, like Roundup, is a glyphosate-based herbicide produced by Monsanto, which is now a subsidiary of Bayer.

Lucia Mar said in a statement that the district has used Roundup on school grounds in the past and is now using RangerPro as it acquires a more environmentally friendly alternative.

“The Lucia Mar Unified School District takes the safety of our students and our staff very seriously,” the district said in the statement. “We have used Roundup in the past, but no longer use that product. The RangerPro that we use is a much lower concentration. We are now replacing the RangerPro with a more environmentally friendly option.”

There has been longstanding debate over the safety of Roundup and glyphosate. The federal Environmental Protection Agency says, for humans, glyphosate has low toxicity and is not likely to be carcinogenic.

But, Monsanto and more recently Bayer have faced numerous lawsuits over alleged harm caused by Roundup. Last week, an Alameda County jury awarded more than $2 billion in damages to a Livermore couple who claimed they contracted non-Hodgkin’s lymphoma as a result of their Roundup use.

The verdict marked the third Roundup lawsuit Bayer has lost in California in a span of less than a year. In each of the three cases, the jury awarded damages of at least tens of millions of dollars.

In a local case, the widow of Cambria farmer Jack McCall, who died of non-Hodgkin’s lymphoma in 2015, has sued over her husband’s death. McCall reportedly used Roundup on his farm everyday for nearly 30 years, and the family’s dog, which spent its life roaming the farm, also died of lymphoma, according to the suit.