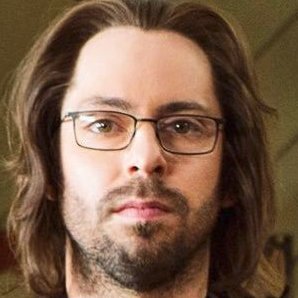 A San Luis Obispo judge is expected to rule Tuesday whether or not to postpone a murder-for-hire trial centered around allegations brought forward by a man in London, who now is reportedly struggling to obtain a visa to enter the United States. [Tribune]

Beau Brigham, a 33-year-old Riverside man, allegedly used the dark web to hire a hit on his stepmother for $3 and then canceled the hit. Nonetheless, Brigham is charged with a single felony count of solicitation of murder.

Chris Monteiro, a self-described cybercrime researcher and expert on the dark web, brought the allegation that Brigham tried to hire a hitman to kill his stepmother to the CBS program 48 Hours, which ran a segment on the case. CBS forwarded the allegation to the San Luis Obispo County District Attorney’s Office, which is now prosecuting the case.

Brigham’s father died in 2011. In 2015, Brigham and his brother, Brandon, sued their stepmother for taking part of their inheritance and won a large judgement against her.

At a preliminary hearing, a San Luis Obispo detective testified that the woman said she was in debt to the Brigham brothers for more than $1 million. She claimed, though, that if she died, the brothers would immediately receive dividends from a trust account.

Currently, jury selection in the case is scheduled to begin on May 28. On Monday, Deputy District Attorney Michael Frye filed a motion stating Monteiro was encountering legal issues in his attempt to obtain a travel visa to get from the United Kingdom to the United States in order testify in the trial. Frye wrote that he anticipates the matter will be resolved, though not in time for Monteiro to attend the trial as it is currently scheduled.

Judge Jesse Marino has placed a gag order on the case, barring the prosecution and the defense from speaking with media about the trial. Marino has previously stated he has concerns about the genesis of the case involving a crusading hacker from London.

Marino is expected to rule Tuesday on whether or not the trial will be postponed to June 11.