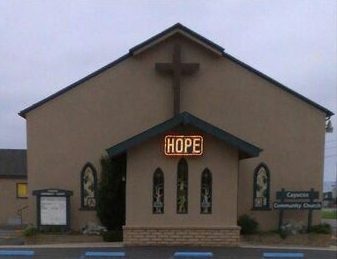 I keep running into this very nice lady when I walk Wilbur early mornings along the street I live on. At first she said hello and smiled, but when Wilbur snuggled her she spent time nuzzling him, and now she brings treats strictly for him. We all have this relationship as she gets in her morning exercise walk, a woman perhaps in her mid-sixties. We began making pleasant meaningless small talk, almost like friends, but this morning she began searching her pockets for a flier inviting me to a function at the local church. I told her to save it, very politely, and explained I was a Jew.

“Well, there’s a Jewish man who comes to our church,” she said, hope in her voice.

I know this church. Occasionally on its sign board is HE WALKS ON WATER. “Well,” I explained. “I’m a renegade Jew, a disenfranchised Jew, an agnostic. The only church I’ve been to in over fifty years is the  black A.M.E church in downtown LA.”

“I liked the choir at that black church. There were hundreds of people. There was a lot of love. My brother in law, who works with impoverished minorities, and I were the only whites in there and we were treated like celebrities, got hugs and everything from the ladies. They all invited me to come back and be a member.”

“Well, we have a very nice bunch of members,” she explained. 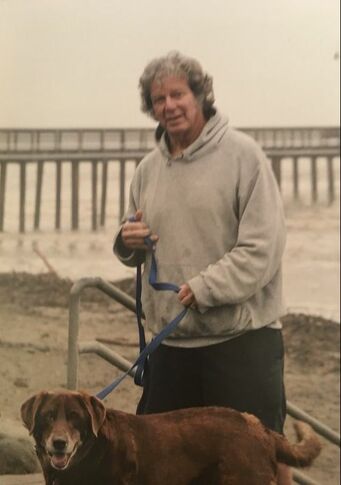 I remember the pastor of this church back in the 1990s. He was a very nice person who came out to play on the outdoor basketball courts at the middle school. We had a pretty good contingent of locals who’d played at the local high schools and the games were highly competitive and spirited.

Right off the pastor tried to mediate the games. He was only a decent player and tried to tell people where to go and what to do, hogging the ball. He stopped to chastise us in a not pushy but lecturing way about arguing and cursing and trash talking. This was when I, the oldest player, pulled him aside.

“Cussing and arguing and trash talking is part of the game,” I explained. ”This isn’t your flock. And this isn’t a church league, it’s pick up ball. You can’t control us. Furthermore, you’re pissing everybody off, and because you’re a man of the cloth, and a very nice person meaning well, these kids are afraid to say anything, when ordinarily they’d tell you to get lost and run you off. But I’m telling you very nicely that you are ruining these games, and unless you want to just fit in and play hard like the rest of us, you are eventually going to have to endure the usual playground abuse reserved for anybody who plays here.”

He was rendered speechless and took his ball (which we refused to play with) and went home, never to return.

Well, the very nice lady, whom I’m sure is happy and truly benevolent, and therefore possibly considers me the same, and which I appreciate, continued to search for a flier to invite me to a spiritual gathering. Still not realizing that to me religion and proselytizing is a disease I flee from like a terrified hare, I was relieved she did not have one on her. Then I wondered had she voted for Trump and I began to feel bad.

“You too,” I said with great enthusiasm, not wanting to ostracize a well-meaning person who loves and brings treats for my dog, who is certainly a reflection of his owner.

A man walking his little Chihuahua dog past me, wearing one of those sun hats, always slows down to say hello as the tiny dog sniffs Wilbur who seeks pets from the owner. For the first time, as he observed the NYPD emblem patch on my navy blue hooded sweatshirt, he asked, “Were you NYPD?”

“Nah,” I said. “I got this sweatshirt for two dollars at the Cayucos thrift store. It’s almost brand new.”

I wear this garment as much as I can and am looking for a NYPD cap to go with it. Almost everybody I come into contact with glances at it but few question me about it, though I do receive various looks of suspicion and surprise, considering I am mostly unkempt, wear rags, usually need  a haircut, and do not cut the figure of an ex-cop.

The other morning at the sea wall just off the pier, in fact, I ran into Jake Straw, a sometimes drinking buddy at Schooner’s Wharf downtown, as he hung out with a man who owns a big new van with Montana plates and tosses a ball onto the sand to a black Lab named Zeke, and with whom I’ve conversed pleasantly several times, though he could not keep his eyes off the NYPD emblem.

As I tried to kid around with Straw, a construction contractor who was taking the day off because it had been raining and more rain was predicted, his three little dogs yapped at Wilbur. He was relatively glum as I accused of him being one of the most un-knowledgeble, foolhardy, shiftless and lazy (lazy is untrue) people I’d ever known, which is unlike when he’s boozed up in the Wharf and laughs at my insults.

When he grabbed the emblem on my hoodie and asked, “What the fuck is this?” I explained I’d purchased the garment at the local thrift store, and the Montana dude took in a deep breath and sighed, shaking his head slowly. “And all this time I thought you were an ex-cop. I’m relieved,” said the Montana dude.

“You should talk,” I countered. I turned to the Montana dude. “He and his woman have been living together for twenty five years and she hasn’t slept in the same bed and the same room with him in twenty years, is what she told me.”

“Your woman told me the same thing,” Jake countered.

“Yeh, but we don’t live together. Charlotte told me that even when you two go on trips out of town together, she makes you get an extra room.”

“That’s true,” Jake admitted. “Your Miranda told me that when you two go on trips you’re too cheap to get an extra room and you have to sleep together, and she ends up on a sofa or the floor.”

“It’s me gets the floor,” I explained.

The Montana dude followed us back and forth as we bantered on.