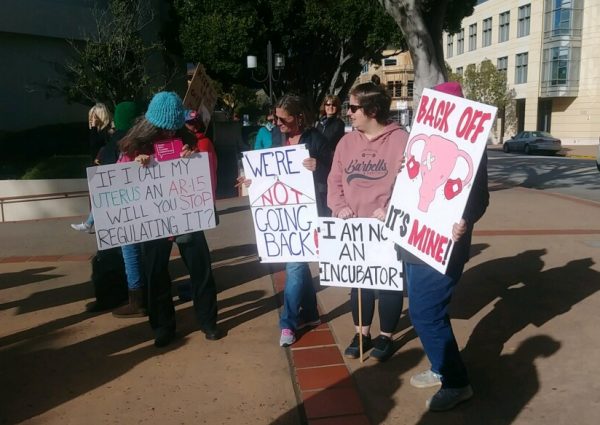 Several hundred people gathered in front of the San Luis Obispo Superior Court on Tuesday for a rally in response to the recent wave of anti-abortion legislation that has been passed in several states.

The local rally was organized by the SLO Women’s March as part of a national movement to “Stop the Bans.” Rallies and marches were held across the nation as part of a defense of abortion rights, legalized in the United States by the 1973 Supreme Court case Roe v. Wade. 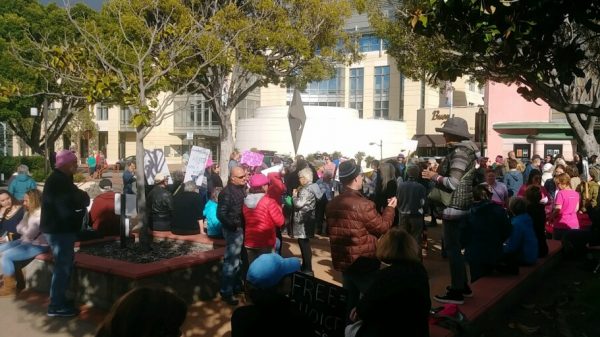 Last week, Missouri lawmakers voted to make most abortions illegal after eight weeks of pregnancy, joining a tide of anti-abortion legislation in Alabama, Georgia, Mississippi, Kentucky, and Ohio. The new laws are seen as an attempt by anti-abortion advocates to get the issue before the Supreme Court and overturn Roe v. Wade. 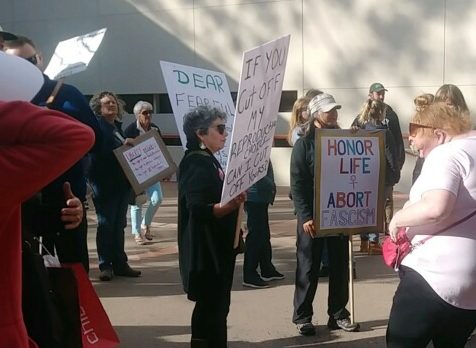 A group of right to life activists also participated in the SLO rally. While most of the protestors were peaceful, a pro-life participant called those who support abortion rights murderers while a pro-abortion attendee called a pro-life supporter sexist.