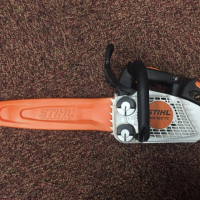 Paso Robles police arrested two men on Tuesday after officers caught one of the suspects in a sting aimed at recovering stolen chainsaws.

On May 11, a Paso Robles resident living in the 2800 block of School House Circle accidentally left his garage door open overnight. The next day, the resident found someone had entered his garage and stolen three Stihl chainsaws, according to the Paso Robles Police Department.

Shortly afterwards, investigators found an ad for chainsaws, posted by Harrison Labarbera, 29, of Paso Robles. An undercover officer then arranged to meet with Labarbera under the pretense of purchasing one of the chainsaws.

At about 11:30 a.m. on Tuesday, Labarbera arrived at Pioneer Park in a stolen white Nissan Altima driven by 34-year-old Miguel Ramos Jr., police said. Laberbera tried to sell the chainsaw to an undercover officer, and police converged on the area.

Ramos tried to drive away, but officers stopped his vehicle. Labarbera fled by foot, but police quickly caught him. 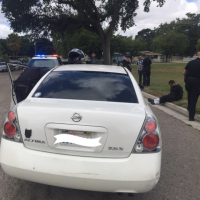 Officers are requesting that anyone who purchased a Stihl chainsaw from Labarbera to contact the Paso Robles Police Department in order to return the saw to its rightful owner.