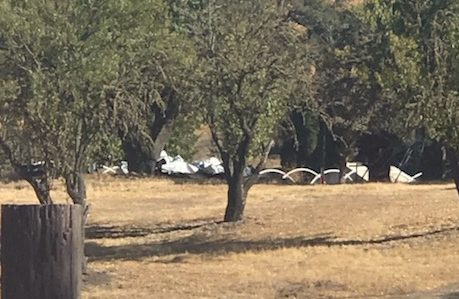 It was perplexing but not entirely surprising to read, one of our supervisors attempting to discredit Ann Louise Bardach, who is a respected, PEN Award-winning author and journalist.

This prompted me to respond: As a result of incompetent, “cart-before-the-horse” (Supervisor Peter Adam’s remark) tactics and due to the majority of the supervisors’ at best naïve, at worst unethical, regulation of cannabis cultivation, our communities are besieged by a proliferation of commercial cannabis developers. Officials’ misguided support of the cannabis industry has allowed an unbridled horse to run wild.

As long-term resident and advocate of the Tepusquet Community, I have helped found the Santa Barbara Coalition for Responsible Cannabis and have been instrumentally involved in supporting other, supportive groups.

I encouraged the Santa Barbara County Board of Supervisors to adopt staff’s prudent and protective recommendations. Many people, including me, warned the BOS, years ago, that if they didn’t acknowledge countywide concerns and staff’s wisdom, they would be facing lawsuits as, apparently, they are.

Santa Barbara is the only county in the state that failed to adopt caps for the number of licenses issued to county/parcel/licensee/etc. (Staff and Tepusquet had strongly advocated for these restrictions, prior to adoption of the 2017 EIR).

The BOS disregarded advice and opened Pandora’s box; they allowed anyone who applied for temporary cannabis permits, and claimed they were growing medical marijuana prior to January 2016 (legal non-conforming – but unverified), to grow unlimited amounts of cannabis before they obtained county permits.

Due to finding bank (could not be FDIC) and cannabis tax issues, the Board of Supervisors did not keep its promise to use the majority of cannabis tax money to provide for adequate staff or enforcement. One person in P&D oversees the influx of hundreds of applications; six special forces detectives enforce numerous illegal cannabis operations. After the January 29 meeting, the supervisors listened as many communities expressed outrage, yet, they still have not changed the number of staff and enforcement positions, to improve issues.

The Board of Supervisors must consider putting an immediate ban/freeze on cannabis activity until issues with residents, schools, existing agriculture, etc. are resolved.

The Cannabis Ordinance appears to be written by and for the cannabis lobby.

The supervisors must recognize that cannabis is a mere blip on the “revenue radar.” Saturated markets will only decrease revenue.

The Board of Supervisors must also distinguish that Santa Barbara County’s multi-billion-dollar wine, avocado, and tourist industries have long-standing reputations and promote compatible, sustainable, and responsible revenue within our county. These traditional industries serve local, national, and world populations!

These are the facts that need to be weighed and considered, carefully.