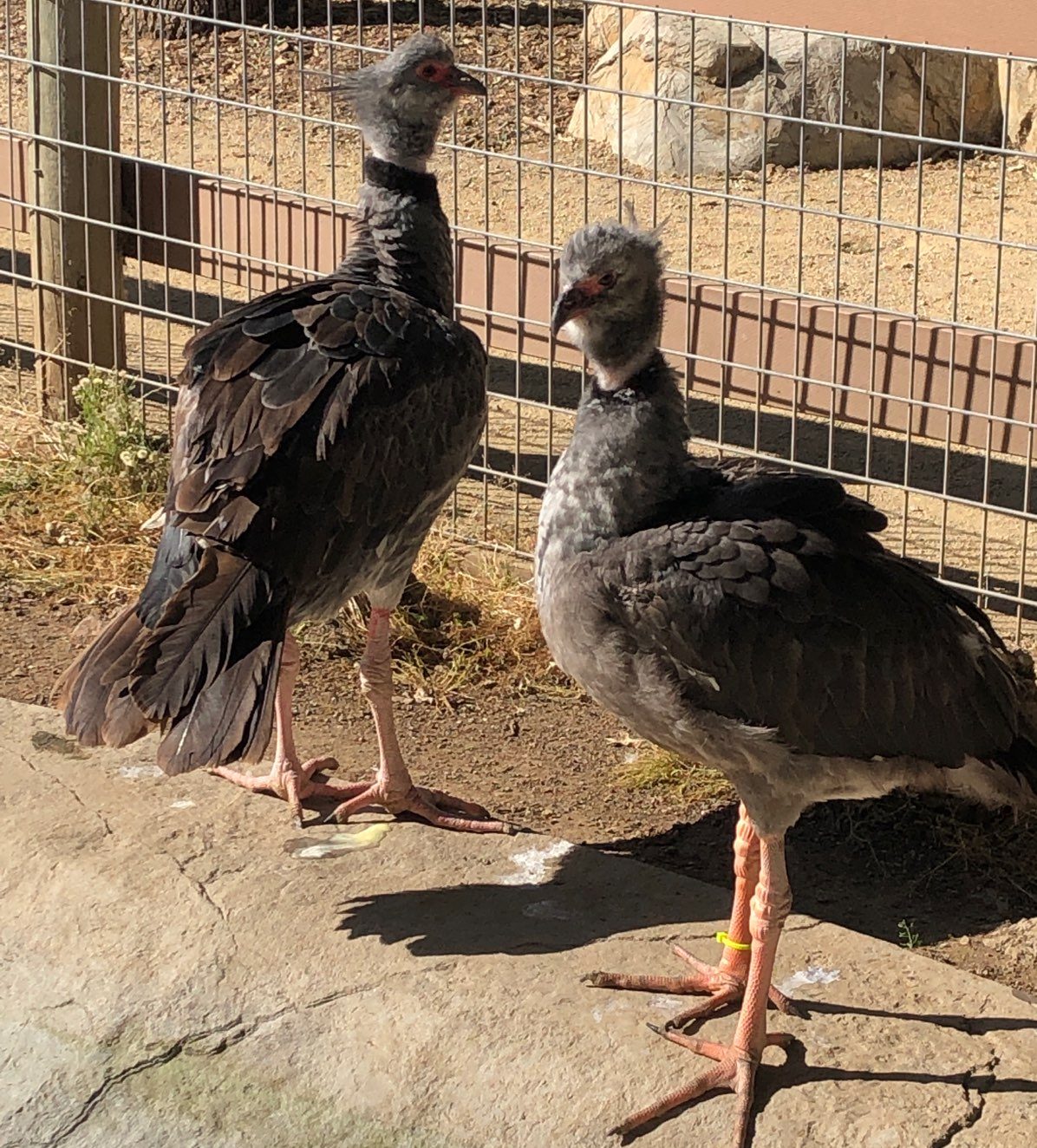 A pair of Crested Screamers

Visitors at the Charles Paddock Zoo may catch a romantic relationship blossoming at the Flamingo Habitat, between a pair of Crested Screamers.

A female Crested Screamer recently came to the Charles Paddock Zoo from the Pinola Conservancy in Louisiana as part of a breeding recommendation. She’s eight months old and after some time spent to adapt to her new surroundings, she has now bonded with a long-time zoo resident male Crested Screamer.

Crested Screamers are well named, as their distinctive call is among the loudest of any bird. Crested screamers are non-migratory birds and remain all year in their breeding area.

Another new romance can be found in the Binturongs, or bearcats, exhibit. Bee, a young female Binturong, came to Atascadero from the Virginia Zoological Park as another breeding recommendation. Bee has joined Johnson, the zoo’s male Binturong. 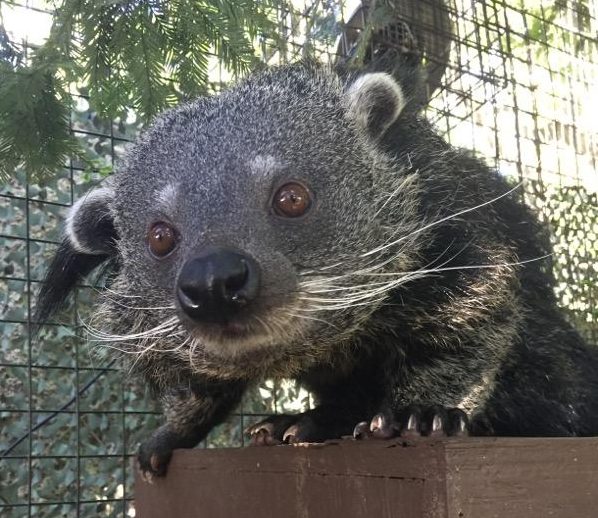 Neither bears nor cats, these Southeast Asian mammals are actually related to small forest predators like fossas. Although extremely shy and reclusive, these animals have a very characteristic smell which many people say smells like hot buttered popcorn, so even if you can’t see them, you will definitely know you are approaching their habitat.

Zoo staffers are happy to extend an open invitation to all local Paso Bearcats to come for a visit, to look for the real-life inspiration for their team mascot.

Spring has also brought a new Prehensile-tailed porcupine to proud parents. The newest porcupette, born on April 9, has been hanging out in the exhibit for the public to enjoy since her very first day. 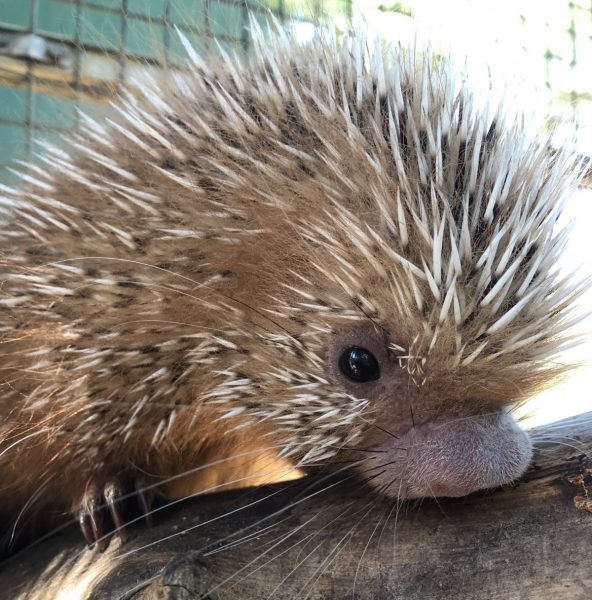 “The Zoo has exhibited Prehensile-tailed porcupines for more than 17 years now,” according to Zoo Director Alan Baker. “Baby porcupines are covered with fine, red colored hair when they are born but the quills start to develop in the first few days.

“Almost immediately after the baby porcupine is born, it can climb and move on its own. Prehensile-tailed porcupines use their tail for grasping and hanging. They are nocturnal and spend the days sleeping in the forest canopy and in the wild are found in Central and South America.”