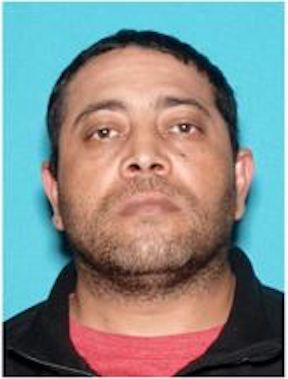 Authorities have arrested another Santa Maria Uber driver for allegedly raping a passenger, this time taking the suspect into custody at the United States-Mexico border.

Late last month, a woman told police she had an Uber driver pick her up and drive her to a location in Santa Maria. Upon reaching the destination, the driver took her to another location and sexually assaulted her, the woman said.

Detectives identified the suspect as 37-year-old Shadi Aziz Abdul. Detectives took the case to a judge, and a warrant was issued for Abdul’s arrest.

Last week, ICE agents located Abdul at the United States-Mexico border in San Diego and arrested him, according to the Santa Maria Police Department. On Monday, authorities transported Abdul from San Diego to the Santa Barbara County Jail, where he was booked on a charge of rape.

An investigation into the case is ongoing. Detectives believe there may be other victims or witnesses to this incident or similar crimes.

Last year, police arrested another Uber driver who was living in Santa Maria and accused of rape. Alfonso Alarcon-Nunez, an illegal immigrant who had previously been deported to Mexico, allegedly lured intoxicated women, including SLO County college students, into his vehicle. He then followed them inside their homes, sexually assaulted them, stole valuables from them, and charged them excessive amounts for their rides.