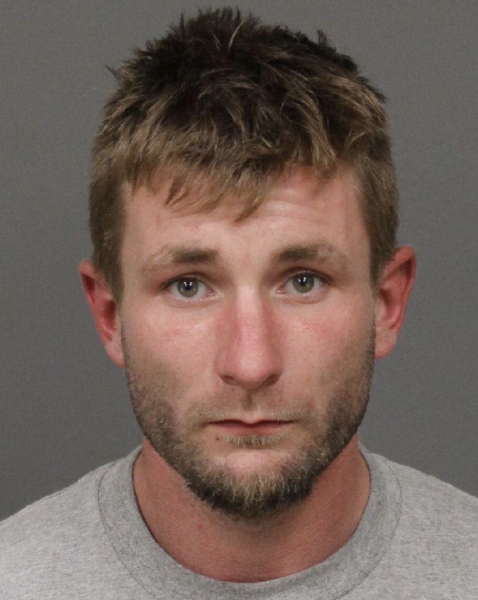 At about 9:30 a.m., San Luis Obispo officers, Arroyo Grande police and SLO County Auto Theft Task Force investigators were jointly searching for Dalton Lee Cross, 28. Cross, who was believed to be staying in the area, was suspected of involvement in several recent auto thefts in both the city and county of San Luis Obispo.

Cross also had multiple felony arrest warrants for auto thefts and for being a felon in possession of ammunition, according to the SLO Police Department.

As officers approached him, Cross fled by foot, running through the Arroyo Grande Creek and into adjacent neighborhoods. Cross began jumping fences and climbing into the backyards of several single-family homes.

Eventually, officers tracked down Cross in the 400 block of Garden Street and arrested him.

During the chase, authorities placed nearby Paulding Middle School on lockdown. The lockdown was lifted when officers took Cross into custody.

Officers also recovered property stolen from elsewhere in SLO County while at the home in which Cross was staying.

An investigation into the case is ongoing. Investigators are trying to determine Cross’s potential involvement in any other crimes including a burglary in rural Santa Margarita.

Anyone who has information about Cross’s involvement in other crimes is asked to call Crime Stoppers or the law enforcement agencies in the areas in which the incidents occurred.