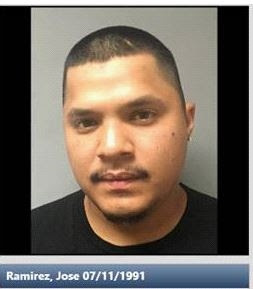 Lompoc police officers arrested a 28-year-old man on Thursday for allegedly killing his infant earlier this month, according to the Lompoc Police Department.

On May 19, the infant died. Police are not currently releasing information on the cause of death or the child’s age.

On Thursday, officers conducted a followup investigation which led them to interview Jose Ramirez, the child’s father.

Following the interview, officers booked Ramirez into the Lompoc Jail on suspicion of homicide and causing willful harm to a child.