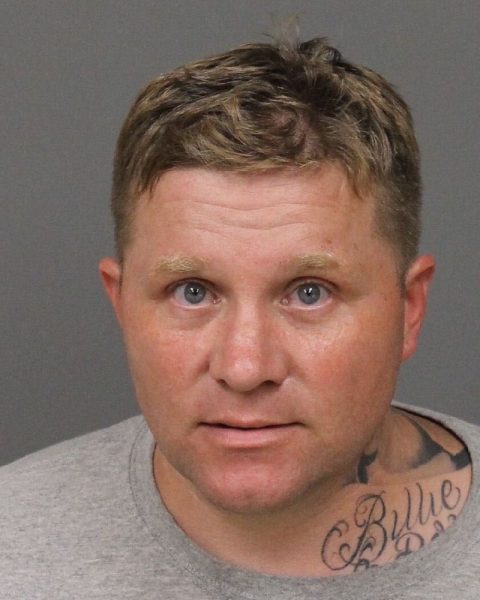 A man who allegedly tried passing fictitious checks at two Arroyo Grande banks and who was reportedly found in possession of drugs was arrested Wednesday. He is being held in the San Luis Obispo County Jail with his bail set at more than $1 million.

At about 10:30 a.m., a man tried to pass a fraudulent or fictitious check at a Bank of America, according to the Arroyo Grande Police Department. Officers arrived at the bank and detained the suspect, 41-year-old Mitchell Alexander Lemay, of rural Arroyo Grande.

Officers arrested Lemay on two counts of passing counterfeit or fictitious checks, as well as charges of committing a felony while out on bail, possession of methamphetamine, possession of heroin and possession of drug paraphernalia.

Officers booked Lemay into the San Luis Obispo County Jail on charges of burglary, theft of personal property and possession of a controlled substance. Lemay’s bail is set at $1.33 million.