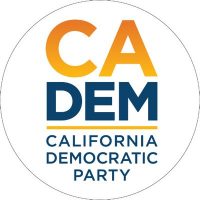 At the state party convention taking place this weekend in San Francisco, California Democrats may debate and adopt a variety of resolutions critical of the Israeli government, one of which indirectly links Israel to the massacre of Jews at a Pittsburgh synagogue last year. [Fox News]

One of the resolutions calls the Oct. 2018 Pittsburgh Synagogue shooting that left 11 people dead “the culmination of an alarming re-emergence of virulent antisemitism that is a core element of historical and currently resurgent white supremacism in the United States and around the world.” The resolution further states the Israeli government, along with some of its American supporters, “welcomed support from Christian fundamentalist and ultra-right groups in the United States and abroad, dangerously ignoring their deeply rooted antisemitism while aligning their virulent Islamophobia.”

The resolution was co-authored by David Mandel, an elected state Assembly delegate and progressive attorney, who said he holds dual U.S.-Israeli citizenship and lived in Israel for 10 years.

Mandel said it would be far-fetched to say the resolution directly blames Israel for violence against Jews. But, Mandel suggested Israeli officials bear some indirect responsibility for both anti-Semitic and Islamophobic violence.

“What we’re saying is the Israeli government is aligning itself with right-wing governments around the world, including in this country, and those right-wing groups — a core tenet of their ideology is antisemitism,” Mandel said.

This resolution, as well as several others, will go before the state party’s Resolutions Committee, which largely has control over which resolutions are debated and adopted. In 2017, Mandel negotiated with the Rules Committee in order to the secure the passage of an unprecedented resolution condemning U.S. support for Israeli “occupation of the Palestinian lands” and opposing restrictions on economic boycotts of Israel.

Other draft resolutions for this weekend’s convention include one stating party officials should only take a subsidized trip to Israel “if they undertake to devote an equal amount of time to visiting Palestinian towns, villages and refugee camps in Israel and the occupied Palestinian territories.” The resolution on travel to Israel states the Israeli government and American organizations that support it invite U.S. officials to tour Israel on subsidized trips intended to cultivate sympathy for Israel’s policies.

Another resolution urges the federal government to demand Israel and Egypt end their blockade of the Gaza Strip and criticizes Israel’s killing of Palestinians in Gaza.

Other draft resolutions relating to foreign policy include condemnations of United States policy in Venezuela. Various proposals on domestic issues will also be debated.