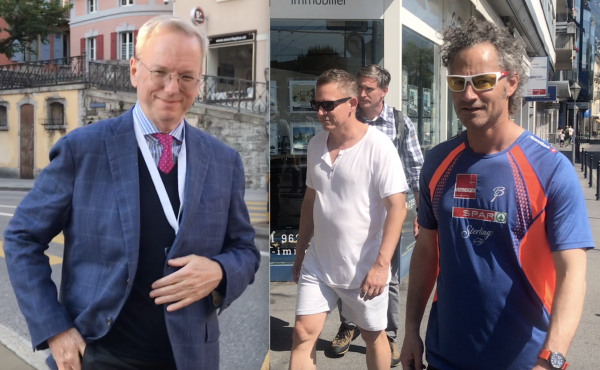 As the spotlight on the shores of scenic Lake Geneva shined on United States Secretary of State Mike Pompeo and son-in-law of President Donald Trump Jared Kushner, close observers of the elite and influential Bilderberg group focused much of their attention on technology industry billionaires from California at the secretive organization’s annual gathering held over the weekend in Switzerland.

Bilderberg conferences provide a private forum for about 120 to 140 leaders in politics, finance, media and industry from Europe and North America to network and discuss key issues affecting the world. During a meeting held Thursday through Sunday in Montreux, Switzerland, participants discussed topics including China, Russia, the future of capitalism, space, cyber threats, artificial intelligence and the “weaponization” of social media. 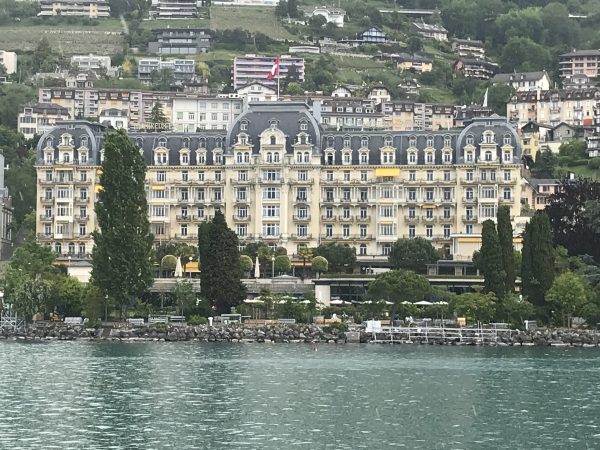 The annual meeting draws little coverage from major media, despite regularly drawing high-ranking politicians, top executives of multinational companies and even editors of large publications. This year, the Washington Post and New York Times, among other major publications, reported on the Bilderberg meeting taking place in Switzerland, due primarily to the involvement of Pompeo and Kushner.

For years, journalists attempting to cover Bilderberg meetings have faced harassment from police and security. This year, the policing of the event was not as aggressive as it has typically been in recent years, but a Cal Coast News reporter was briefly thrown in a jail cell at the Geneva airport while trying to film Bilderberg participants arriving in Switzerland. A few other reporters were also detained and placed in a cell during the incident.

Pompeo arrived at the meeting on Saturday, entering the back of the Hotel Fairmont Le Montreux Palace embedded in a motorcade consisting of numerous vehicles, catching the attention of many onlookers in Montreux. Both Pompeo and Kushner appeared in public briefly for a boat ride on Lake Geneva that ended at a castle, where the group dined on Saturday night.

Tech billionaires from California, Eric Schmidt and Peter Thiel, had more of a presence in Montreux over the duration of the four-day conference. Schmidt, who is the former chief executive of Google, and Thiel, who is an entrepreneur, investor and co-founder of PayPal, are members of the Bilderberg group’s steering committee.

Charlie Skelton, a columnist who has covered Bilderberg conferences for the last decade, wrote in a Newsweek article that Schmidt and Thiel are emerging leaders of the influential group.

“The two figures at Bilderberg who seem to have an aura of influence about them are Schmidt and Thiel,” Skelton wrote in the Newsweek column.

In addition to Schmidt and Thiel, California billionaires Alex Karp and Reid Hoffman also attended the Bilderberg meeting in Switzerland. Karp is the CEO of the data analytics firm Palantir, which he co-founded with Thiel. Hoffman is a co-founder and former CEO of LinkedIn.

The four tech billionaires have ties to the U.S. Defense Department and/or intelligence community. Schmidt chairs the Pentagon’s Defense Innovation Board, of which Hoffman is also a member. Palantir’s clients include multiple branches of the U.S. military and multiple intelligence agencies.

In recent years, Bilderberg meetings have placed an increased focus on topics related to technology and defense, prompting speculation that certain California elites are gaining influence in the group.

Outside of the palace complex in Montreux, Schmidt ignored or dismissed questions about Google’s alleged political bias and his alleged support for soft censorship. Thiel did not respond to questions and only momentarily exchanged words with one reporter.