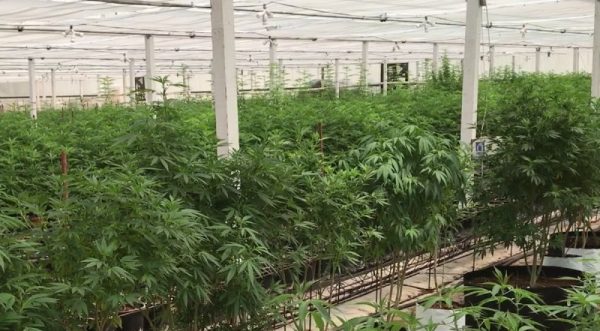 In the lawsuit filed in San Luis Obispo County Superior Court, Save our Nipomo Neighborhoods and Morgan Holland said the county failed to adequately study the effectiveness of a proposed odor mitigation system planned for the proposed pot grow. The lawsuit contends the county did not lawfully exempt the project from the California Environmental Quality Act (CEQA).

“Save Our Nipomo Neighborhoods, whose mission is ‘to preserve and protect the unique environment of our rural community’ hopes that by prevailing in the lawsuit, other such cannabis permit applications – converting floral greenhouses to cannabis cultivation – will be subject to more appropriate environmental review, requiring the county to comply with its own stated directive ‘to protect the public health, safety, and welfare…to protect neighborhood character, and minimize potential for negative impacts on people, communities, and the environment,’ ” the plaintiffs said in a press release.

On April 9, the SLO County Board of Supervisors agreed with planning department staff’s recommendation that the indoor weed cultivation, processing and non-storefront dispensary on a 75-acre site at 1808 Willow Road is exempt from CEQA. The minor use permit allows applicant SLO Cultivation Inc. to utilize 62,600 square-feet of indoor space for their cannabis operation.

Babak Naficy, the attorney for Save Our Nipomo Neighborhoods, is asking the court to require the county to set aside the approval, and to pay for the cost of the lawsuit.

CEQA requires that projects under government review, which have the potential to alter the physical environment of the state, conduct studies to assess potential environmental impacts that might need to be mitigated. CEQA also allows third parties to appeal particular projects they believe have not received sufficient environmental review.

Should the appeal be rejected, as the county did on April 9, these third parties can file lawsuits. If the court determines that the environmental review was insufficient, the project must get further environmental analysis.

On April 30, attorneys representing Stephanie Shakofsky and Save York Mountain filed a lawsuit asking the court to halt a proposed weed cultivation and processing business on a 77-acre lot west of Templeton, while the court determines if the project requires additional environmental review.