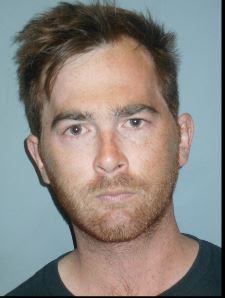 A “very intoxicated” taxi driver struck a child while driving in Lompoc Tuesday morning and then fled the scene, but ultimately returned and was arrested, police said.

Shortly after 10 a.m., a small child was walking with his grandmother and pushing his bicycle in a crosswalk at the intersection of Ocean Avenue and E Street when the front of a taxi struck the child. The child did not suffer serious injuries.

When officers arrived, they discovered the driver, Mathew Buell, 30, was very intoxicated. Officers arrested Buell on felony charges of DUI causing injury and fleeing the scene of an injury traffic collision. Investigators are asking anyone who witnessed the collision to call the police department.