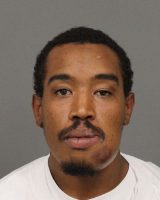 Four days following a fatal stabbing in Shandon, the San Luis Obispo County Sheriff’s Office identified the 26-year-old Atascadero man who is in custody for the deadly attack.

Kejuan Guy Bynum has yet to be charged for the stabbing that killed a 23-year-old Paso Robles man. Authorities are holding Bynum in county jail for a parole violation.

At about 5 p.m. Saturday, a 9-1-1 caller reported two men had been fighting in the 200 block of Escondido Way in Shandon, and one man had been stabbed. Emergency personnel arrived and transported Christopher Vento Wilson to a local hospital, where he died of his injuries.

During their investigation, sheriff’s deputies learned Bynum had left Shandon. With a friend driving, Bynum headed southbound on Highway 101.

Deputies followed the vehicle and made a high-risk traffic stop at the 4th Street exit in Pismo Beach. They took Bynum into custody without incident.

Sheriff’s officials initially said they were not releasing Bynum’s name, saying his identity was pending further investigation. It is unclear why the sheriff’s office withheld Bynum’s identity for four days.

Detectives will meet with the San Luis Obispo County District Attorney’s Office later this week to discuss charges against Bynum. An investigation into the case is ongoing.