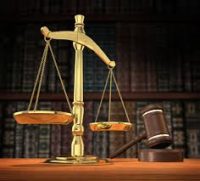 Developers who build or enlarge residential, commercial or industrial buildings are assessed fees when it is anticipated the construction will have an enrollment impact on a school. Revenue generated from the fees must go toward the construction or reconstruction of school facilities needed to accommodate the increased enrollment that the new development could generate.

Likewise, local districts have failed to comply with multiple accounting rules. The grand jury found districts’ accounting of the developer fees to be inadequate and not reasonably accessible to the public. At least one district also failed to keep the fees in a separate account and not commingle them with other funds, as required by law.

Furthermore, local districts have failed to provide written notice required by law informing developers of their right to protest the fees. This may extend the period in which a developer can file a lawsuit challenging a fee and could expose school districts to potential liability, according to the grand jury report.

The grand jury is recommending local school districts abide by developer fee regulations in the future.