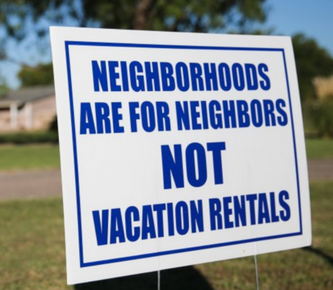 The proposed ordinance, which will likely be adopted on June 18, calls for a phase out after two years of non-owner occupied vacation rentals in areas zoned R-1. In addition, the 360 people currently licensed to operate short term rentals will need to apply for permits.

The proposed ordinance limits night time occupancy to two people per bedroom, and in the daytime four additional people can be at the residence.

In an attempt to mitigate complaints, the council also voted to create a complaint resolution hotline with a 30-minute response requirement.

Councilmen Steve Gregory and John Hamon recused themselves because of conflicts of interest.