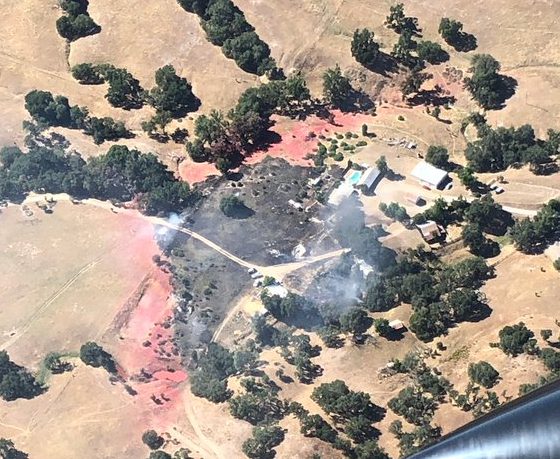 Warm temperatures and light winds fanned small fires in the Lake Nacimento area, near Soda Lake, near the Santa Margarita KOA and in the Paso Robles area.

In mid-afternoon, a fire scorched two acres and two structures north of Lake Nacimiento off Bee Rock Road. The fire, which was reported outside a residence, took down power lines.

In late afternoon, firefighters responded to a brush fire near the KOA campground on the road to Santa Margarita Lake. The fire burned about 1.5 acres.