At about 8 a.m., San Luis Obispo, Cal Fire and Santa Barbara County firefighters set out to rescue the injured teen on Bishop Peak. A helicopter airlifted her to Sierra Vista Regional Medical Center, according to the San Luis Obispo Fire Department.

KSBY reports the woman was rappelling down the mountain with a group of people when she fell and was knocked unconscious. The teen suffered major facial trauma, head trauma and other trauma to the lower extremities.

Rescue workers had difficulty reaching the woman because of her remote location on the mountain. They had to scale rocks and cut through brush.

Firefighters found the woman awake but disoriented. The woman’s current condition is unknown. 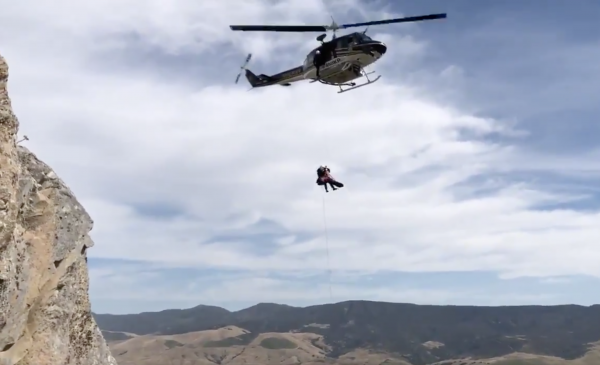 About 30 emergency personnel took part in the rescue.