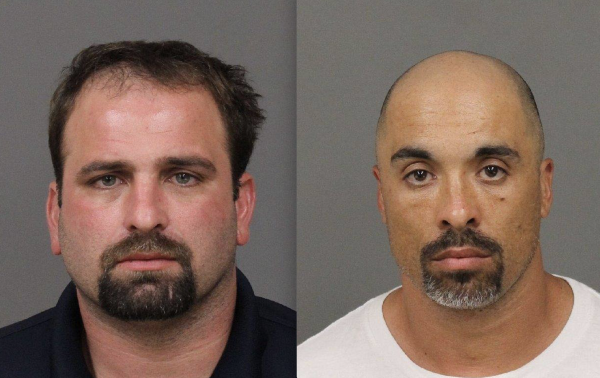 Atascadero police have caught the men who allegedly tried to steal an ATM from a bank last month. Investigators also suspect the men recently snatched two vans from the Atascadero Unified School District.

At about 10:30 p.m. on May 27, thieves arrived at Pacific Premier Bank in the 7400 block of El Camino Real and used a backhoe to partially remove an ATM. The suspects fled the scene, and officers found the ATM in the bank parking lot.

The suspects also left behind a  backhoe that had been reported stolen out of Paso Robles earlier in the evening, police said. 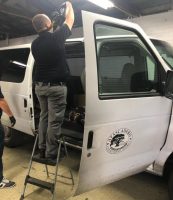 Over the course of their investigation, Atascadero detectives managed to link the suspects in the attempted ATM theft to two other crimes that occurred in the city over the previous three days. First, there was a burglary and theft of two vans from the Atascadero Unified School District, and in the second incident, a suspect tried to steal a van on Traffic Way, police said.

With help from law enforcement agencies in both SLO and Monterey counties, detectives tracked the suspects to a location in Monterey County.

On June 5, detectives traveled to Monterey County and arrested 35-year-old Francis Humes, a resident of Monterey. Detectives brought Humes back to San Luis Obispo County, where he was booked into the San Luis Obispo County  Jail on felony charges of vehicle theft, attempted grand theft, vandalism and conspiracy.

On Tuesday, detectives returned to the Monterey Bay Area, where they arrested 43-year-old Christopher Burrell, a resident of Atascadero, on a probation violation charge.

Burrell also faces charges of vehicle theft, attempted grand theft, vandalism and conspiracy. Humes is no longer in custody, while Burrell remains in jail with his bail set at $20,000, according to the SLO County Sheriff’s Office website.

An investigation into the case is ongoing. Investigators are asking anyone who has information about the case to contact Detective Sergeant Jeff Wilshusen at (805) 461-5051. 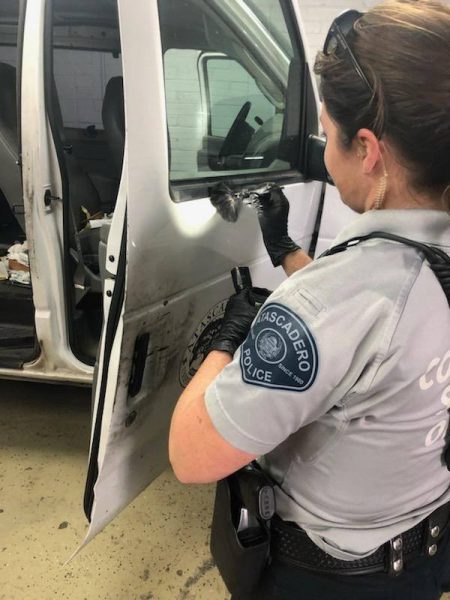