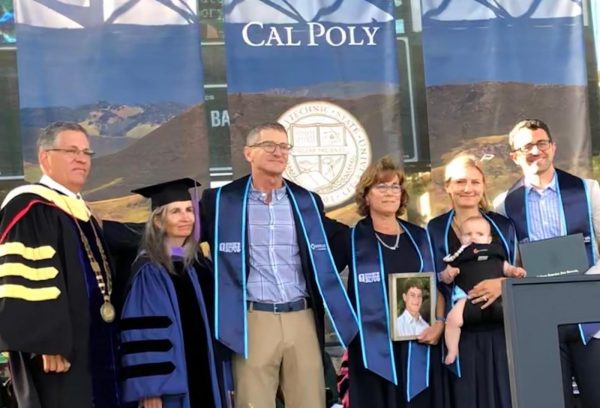 Cal Poly awarded a degree posthumously to Carson Starkey, the victim of a 2008 fraternity hazing incident, at the university’s graduation ceremony held over the weekend.

Starkey, 18, an Austin, Texas native, died on Dec. 2, 2008, after obeying a Sigma Alpha Epsilon order to drink a bottle of alcohol as part of a fraternity initiation ritual. After Starkey lost consciousness, fraternity members removed his pledge book and started to drive the unresponsive student to the hospital.

But after Starkey allegedly regained consciousness, the fraternity members took him home and placed him on a bed. Starkey was pronounced dead the next morning.

On Saturday, Cal Poly awarded a bachelor of science in architectural engineering to Starkey posthumously. Hayden, Laura, Madeline, Julia and Scott Starkey accepted the degree on Carson’s behalf, according to the family’s nonprofit Aware Awake Alive, which educates young people about the dangers of alcohol poisoning.

Carson Starkey’s degree is dated Dec. 13, 2008, a photo of the diploma shows. Cal President Jeffrey Armstrong posed with the Starkeys during the graduation ceremony on Saturday.

Likewise over the weekend, Cal Poly was expected to award a degree posthumously to Nicole Scalone, who died early Wednesday morning after driving the wrong way on Highway 101 into another driver. Scalone was a business administration student from Bellevue, Washington, who was set to graduate over the weekend. 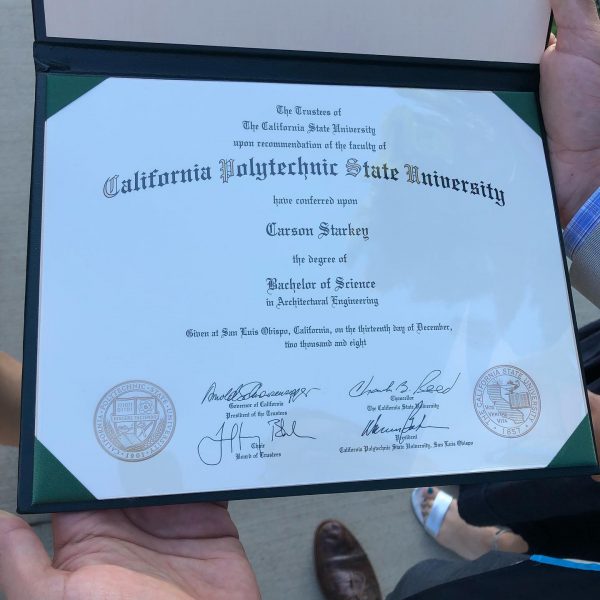