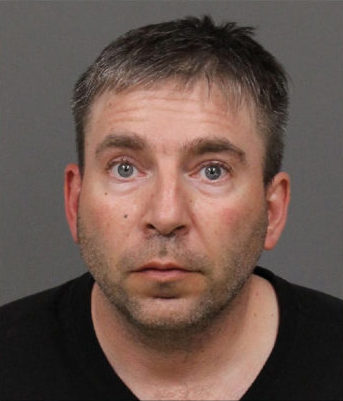 A San Luis Obispo County man was sentenced Monday to more than four years in jail for assaulting an intoxicated woman at the Atascadero Lake Park. [Tribune]

David E. Ardebili, 40, is a former resident of Pismo Beach who had been working as a chef at the now-closed Lady Luck Cafe in Paso Robles. His sexual assault case included a dispute over whether another person drugged the victim.

Ardebili was recently arrested while allegedly trying to flee the country.

On June 18, 2017, Ardebili, saw the woman walking alone at Atascadero Lake Park and enticed her into getting into his car. Ardebili drove the woman to a secluded parking area at the park, where he sexually assaulted her.

He then left the victim, whom he had not met before, at the Kmart parking lot in Atascadero. Ardebili’s DNA was found on the victim’s underwear, according to prosecutors.

In May, following two days of deliberation, a jury convicted Ardebili of felony attempted sexual penetration of an intoxicated victim and of misdemeanor assault.

On Monday, Judge Matthew Guerrero sentenced Ardebili to four years and 180 days behind bars. The sentence calls for Ardebili to serve time in the San Luis Obispo County Jail, not state prison.

Additionally, Guerrero gave Aredbili credit for 268 days served and another 268 days for good behavior. Following his release from jail, Ardebili is required to register as a sex offender.

Ardebili’s attorney, David Vogel, maintains his client’s innocence. In a sentencing memorandum, Vogel said that the victim was unknowingly dosed with the date rape drug GHB while at a bar in San Luis Obispo. Ardebili did not drug or assault the victim, Vogel said.

Vogel argued that Ardebili is emotionally fragile, and he should receive a sentence of formal probation. Ardebili has already been assaulted at the jail, and he may be victimized by other inmates because of his sex offender status.

As Ardebili’s case made its way through the court system, the Pismo Beach man tried to board a flight to Denmark at Oakland International Airport and was arrested. Ardebili is a Danish citizen. Vogel claimed his client was trying to visit his ailing mother.

Since the airport arrest, Ardebili has not been allowed to leave California without court permission. Following the incident, Ardebili remained in the SLO County Jail with his bail set at $1 million.

A restitution hearing in the case is scheduled to take place in September.