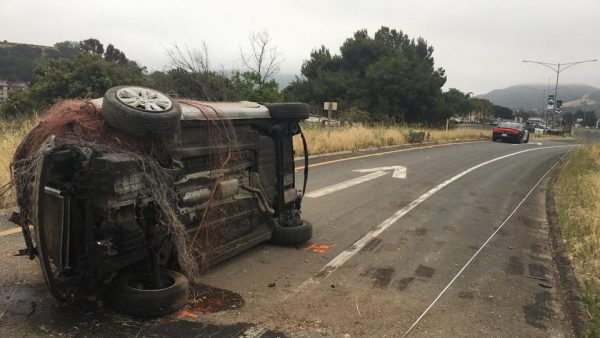 The CHP has identified the man killed in a crash on Highway 101 near Buellton on Saturday morning as 79-year-old Pietro Boumpensiero of Templeton.

At about 5 a.m., Boumpensiero was driving a Chevrolet Silverado southbound while a 23-year-old from San Francisco was driving a KIA Soul in the same direction. While driving side to side, near the Avenue of the Flags off-ramp, the vehicles collided.

Both vehicles overturned with the Silverado landing on its top in the brush. The Soul landed on its side in the middle of the off-ramp.

Emergency personnel transported Boumpensiero to a local hospital where he died from his injuries.