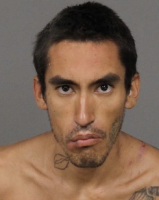 A Bakersfield man embarked on a crime spree in San Luis Obispo on Tuesday, during which he stole a car, crashed it into a bicyclist, fled the scene and later set a tree on fire, according to police.

At about 12:30 p.m., the man stole a black Chrysler sedan from the 400 block of Higuera Street. About two hours later, the stolen Chrysler collided with a bicyclist at the intersection of Higuera and Broad streets.

The bicyclist suffered non-life threatening injuries and received treatment at the scene of the collision.

A CHP officer located the Chrysler a few hours later on southbound Highway 101 north of San Luis Obispo. Officers came out to the area, but the suspect fled before they arrived.

Authorities conducted a search of the surrounding area. A helicopter assisted officers on the ground, but they did not locate the suspect.

At about 7:30 p.m., witnesses reported a man setting a tree on fire in the 700 block of Santa Rosa Street. Witnesses provided a description of the man that matched the suspect in the vehicle theft and hit-and-run incidents. Officers arrived but again failed to locate the man. 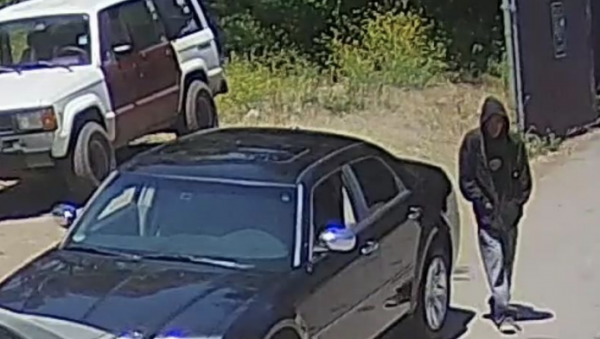 Then on Thursday, a man was acting suspicious in the area of Monterey and Santa Rosa streets. Officers noticed the man resembled the suspect.

Police contacted the individual and identified him as Justin Anthony Mendoza, 26. Officers arrested Mendoza, who was wanted for a parole violation.

Later, police added charges of vehicle theft, hit-and-run causing injury and arson. Officers booked Mendoza into the San Luis Obispo County Jail, where he is being held without bail.