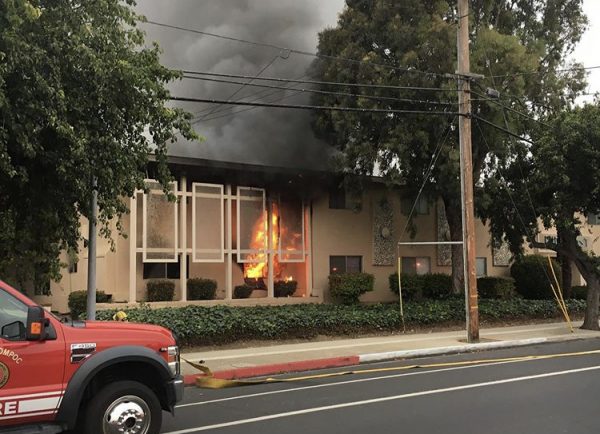 A fire at a two-story apartment complex in Lompoc on Saturday morning killed one person and caused extensive damage to the building.

At about 6:35 a.m., a fire was reported burning at an apartment in the 1000 block of East Cypress Avenue. Lompoc Fire Crews arrived to find fire coming from a downstairs apartment, and beginning to move to the second floor.

Firefighters began evacuating residents from adjacent units. Crews found the deceased remains of one person. There were no other injuries caused by the fire.

The fire spread from the first floor to the second floor before firefighters were able to extinguish the blaze, which took about 15 minutes..

Members of the Lompoc City Fire Department and the Lompoc Police Department are investigating the cause of the fire, with assistance from Santa Barbara County fire and sheriff’s departments.