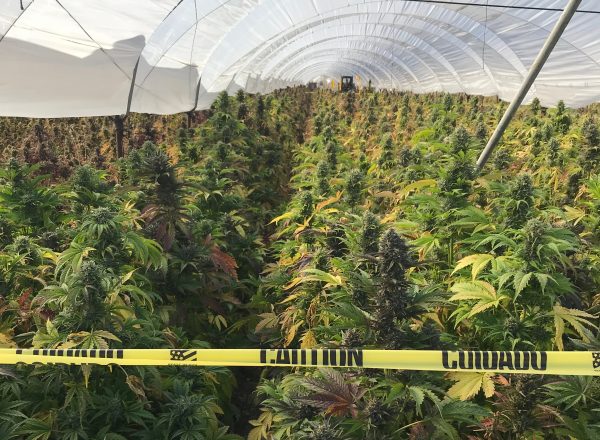 Law enforcement officers seized about 20 tons of illegal cannabis grown at a 60 acre cultivation site in Santa Barbara County during a four-day operation last week, the sheriff’s department said in a press release.

Sheriff deputies along with investigators from the District Attorney’s Office, California Department of Fish and Wildlife and the Army National Guard Counter Drug Task Force served search warrants in Santa Maria, San Luis Obispo County and in the 1800 block of Highway 246, just outside the Buellton City limits.

At the 187 acre Highway 246 property, just over 60 acres was used for the commercial cultivation of cannabis. It took the 35 person team four days to seize approximately 20 tons of processed cannabis and eradicate approximately 350,000 cannabis plants, several of which were nearly ready to harvest.

Tips from the public led to the raid.

The property owner has not been located or contacted at this time, according to the press release. The case will be forwarded to the Santa Barbara County District Attorney’s Office for review of possible criminal charges.