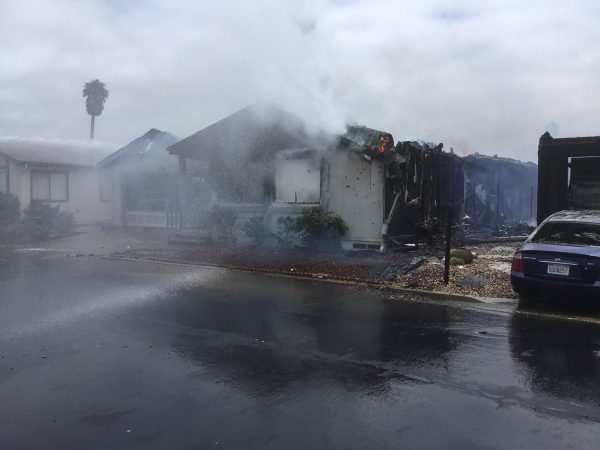 A gunman opened fire at a senior citizens mobile home park in Santa Maria on Friday, killing two elderly men, and authorities later found the bodies of the suspect and two more people inside a burnt trailer, according to the Santa Maria Police Department.

Police have identified two of the five people who died as Kurt Bracke, 70, and Richard Hanen, 78, both residents of Santa Maria. Bracke and Hanen were shot and killed at Casa Grande Senior Mobile Estates. Around the time of the shooting, an explosion occurred and a fire broke out inside a mobile home.

The fire destroyed the mobile home and damaged or destroyed neighboring trailers. Authorities have yet to confirm the identities of the suspected shooter and the two other deceased individuals, whose bodies were found inside the burnt mobile home.

KCOY reports the violence unfolded following a fight at the mobile home park’s golf course. Police say the suspect got into an argument with two golfers, retrieved a gun and shot and killed the elderly men at the golf course clubhouse area.

The gunman then fled into a mobile home, and moments later, the explosion and fire occurred. Police said there was live ammunition in the burning home, which put residents and firefighters in danger.

An investigation into the deadly incident is ongoing. 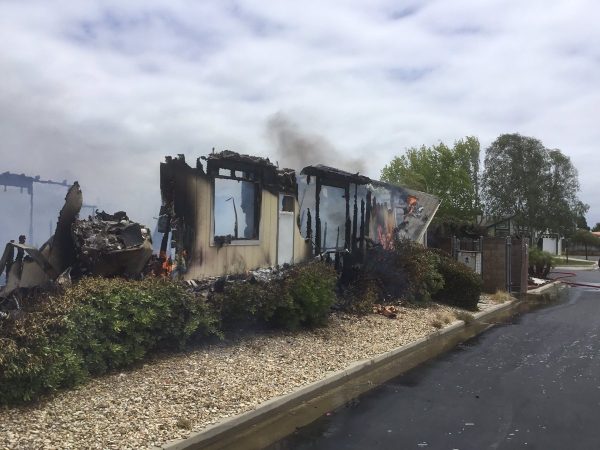