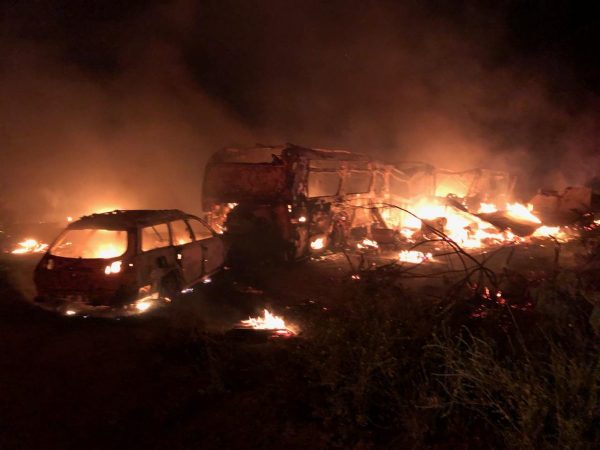 Two fires burned a combined total of about five acres near Paso Robles on Sunday, with the second blaze also destroying a mobile home and a car.

First, a caller reported a fire east of Paso Robles near Highway 46 at 4730 Drive. Cal Fire initially stated in a tweet the blaze was burning a garage and outbuilding but later said no vehicles or structures were damaged.

The two-acre fire burned grass and “random articles of man-made items,” according to Cal Fire. The agency said in another tweet that the fire threatened five structures.

Later, a caller reported a fire at a mobile home northeast of Paso Robles near Estrella and Airport roads. The blaze burned a single wide mobile home and three acres of heavy brush, according to Cal Fire.

Cal Fire stated the second blaze also burned a large amount of man-made items. Photos show the fire burned a trailer and at least one vehicle

Officials are investigating the causes of the two fires. 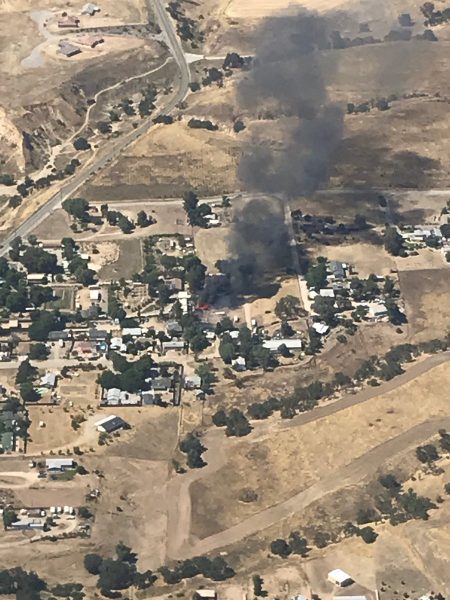