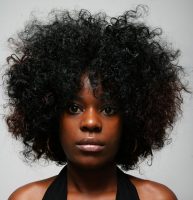 The California Legislature has passed a bill that would ban discrimination against hairstyles and enshrine equal rights protections in law for individuals who have afros, braids and other types of hair on their heads.

Following a 37-0 vote in the California Senate, the state Assembly voted 69-0 Thursday in favor of SB 188. The bill, which now heads to Gov. Gavin Newsom’s desk, would make California the first state in the country to ban discrimination against hairstyles.

SB 188 would make it illegal to discriminate in employment practices, including hiring and firing, over hair texture and protective hairstyles. The ban on hairstyle discrimination would also apply to housing and public education.

Additionally, the bill would redefine race in California’s Fair Employment and Housing Act, as well as in its equal rights in education statute, to also include traits historically associated with race, including but not limited to hair texture and protective hairstyles. The bill aims to counter alleged discrimination against black workers and prospective workers over their hair and allow them to keep their natural hairstyle.

“Professionalism was, and still is, closely linked to European features and mannerisms, which entails that those who do not naturally fall into Eurocentric norms must alter their appearances, sometimes drastically and permanently, in order to be deemed professional,” the bill states. “Workplace dress code and grooming policies that prohibit natural hair, including afros, braids, twists and locks, have a disparate impact on Black individuals as these policies are more likely to deter Black applicants and burden or punish Black employees than any other group.”