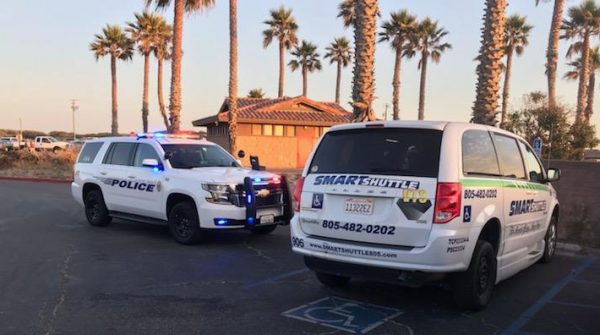 Grover Beach police officers arrested a man over the theft of a Smart Shuttle van, while also recovering the stolen vehicle, according to the city’s police department.

Smart Shuttle, an airport transfer service that operates on the Central Coast, had a van stolen from the Santa Maria area. On Friday evening, an alert citizen who saw a social media post about the vehicle theft spotted the van in Grover Beach and called police.

Officers found the van in the Le Sage area and arrested the suspect. The van had not sustained any damage.

Following the arrest, Grover Beach police are praising the assistance they received from the community, as well as “the power of social media.”