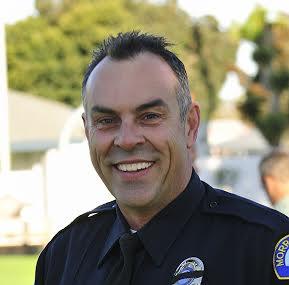 A Morro Bay police officer who shot and injured a man who attacked him with a large stick in 2015 said he does not regret shooting the assailant in an interview with KSBY.

On Oct. 30, 2015, officer Dale Cullum was following a burglary suspect, who was riding a bicycle. A video obtained by KSBY shows Cullum’s vehicle bump Alec Stephenson’s bicycle from behind.

The collision knocked Stephenson off his bicycle. Cullum can then be heard screaming at Stephenson to stay on the ground and “put it down.”

Stephenson then allegedly charged at Cullum and hit him in the head with a large stick. A photo shows Cullum suffered a gash on the side of his head.

Cullum briefly struggled to get his gun out of his holster but eventually fired one shot, hitting Stephenson in the leg, according to the police report.

Cullum said in the interview, initially, his thought process was that the suspect would run away from him, rather than toward him. When asked, Cullum suggested he would repeat his actions if he found himself in the situation again.

“I have a family. Yeah, I have children,” Cullum said. “To protect my life. I want to go home.”

An investigation into the shooting found Cullum acted in a competent, successful manner and the result of his actions was a success. Stephenson pleaded no contest to battery on a peace officer.

Morro Bay police chief Jody Cox said releasing the video was a good opportunity for his department to be more transparent and to strengthen its relationship with the community. Cox said the new sate law allowing for the release of video footage of officer-involved shootings is good policy.

Many other law enforcement personnel have been critical of SB 1421. David Mastagni, an attorney who represents local police unions, said the law was poorly drafted and allows for the release of the personal information of crime victims.