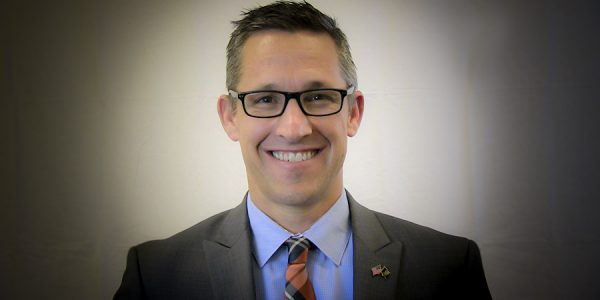 At a time in which San Luis Obispo County government is tightening its belt, the county has a staffer who collects more than $500,000 a year in total pay, while another six employees receive more than $300,000 in compensation and 80 workers make more than $200,0000, according to a database of California public employees’ salaries and benefits.

Last year, SLO County government had its first ever workers strike, despite awarding raises to employees at a time it was faced with a budget shortfall. Now, additional raises for management employees are taking effect, just two weeks after the county narrowly managed to close a $2.8 million gap and balance its budget for the upcoming fiscal year.

In June, the county adopted a $639.6 million budget that includes numerous cost-cutting measures. In order to avoid operating at a loss, the county is considering spending one-time reserves; deferring maintenance and capital improvement projects; enacting a hiring freeze; and offering existing workers time off and early retirement, according to a budget balancing report.

In addition, 35 percent of management employees were awarded equity raises on top of the 2 percent increases in pay, with several workers receiving raises of more than 10 percent.

“Revenues are flattening, and our costs, including employee costs, are not,” SLO County Human Resources Director Tami Douglas-Schatz said.

Douglas-Schatz, who collected more than $250,000 in compensation last year, received a 7.82 percent salary increase on Monday, according to a list of raises provided by her office.

In 2018, M. Daisy Ilano-Ramos, the medical director of County Mental Health, received $531,608 in total pay, according to Transparent California. Ilano-Ramos’ $292,766 base salary was also the highest among SLO County employees last year, and it exceeded the total compensation of nearly every other employee in the county.

Staff psychiatrist Anup Sidhu received the second highest pay among SLO County workers, earning $416,784, including $267,790 in salary. A statewide shortage of psychiatrists is said to be a primary factor in the high salaries of Ilano-Ramos and Sidhu.

Hill, though, collected more in benefits than Gibson. Hill received $49,676 in benefits, while Gibson’s benefits totaled $45,702.

Gibson and Hill have regularly collected more in benefits than their conservative counterparts on the board of supervisors.

In all, the county employed 3,459 workers, 2,684 of whom were full-time employees. The median compensation for a full-time, year-round county employee was $95,627, according to Transparent California.

Employee compensation totaled $289.9 million in 2018, accounting for nearly half of the county’s budget.

On Monday, several management employees received large raises, which the county says are deserved because the workers had been underpaid compared to individuals in comparable positions at other government agencies.

Among those who received sizable raises, County Auditor-Controller Jim Hamilton received a 10.76 percent pay increase, according to a list of salary adjustments. In 2018, Hamilton received $210,300 in pay, despite spending most of the year as the deputy to Jim Erb, who retired in December. The new assistant auditor-controller, who replaced Hamilton, received a 10.11 percent raise on Monday.

Unlike management workers and deputy DAs, members of the San Luis Obispo County Employees Association (SLOCEA), which represents more than 1,700 of the county’s nearly 3,000 employees, did not receive raises this week.

The county is currently engaged in contract negotiations with SLOCEA. Last year, county officials offered SLOCEA the same raises that most management employees received, which amount to a 4 percent increase in salary and benefits over two years.

SLOCEA rejected the offer and conducted a three-day strike in December that resulted in the closure of all public library branches countywide and the shutdown of some social services. About 900 union members participated in the strike.

Union members argued they are underpaid, and they pointed the finger at county management for giving themselves raises. County officials argued they already granted union members raises, and the additional pay increases being demanded were not affordable.

Even though SLOCEA rejected the county’s offer and conducted a strike, union members still received small pay increases last year. County officials decided on their own to award SLOCEA members .5 percent raises, effective last July, as well as benefit increases, effective at the beginning of 2019.

The county and SLOCEA returned to the bargaining table in April.