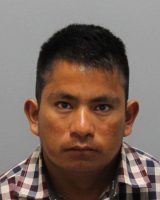 Sheriff’s officials identified the man whose body was found on the side of a North County road Sunday morning as Primitivo Pacheco Ortega, 20.

Ortega was from the Paso Robles and San Miguel area, according to the San Luis Obispo County Sheriff’s Office. Detectives are treating Ortega’s death as suspicious, and are currently not disclosing how he died.