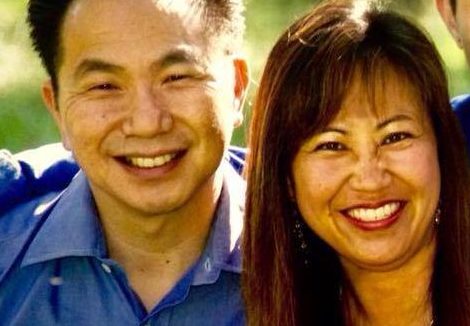 An attorney representing the wife of San Luis Obispo County Clerk-Recorder Tommy Gong, who is charged with embezzling more than $32,000 from the Atascadero High School Band and Pageantry Booster Club, released a statement saying his client admitted her actions to Atascadero police and she took the money because of a family emergency. [Tribune]

On Monday, prosecutors charged Sherry Gong, the former treasurer for the booster organization, with three felony counts of grand theft by embezzlement, for which she faces up to four years and four months in prison. Late in the day, Sherry Gong’s attorney, Guy Galambos, released a statement claiming his client had borrowed funds from the booster club to address the family emergency and had not succeeded in paying them back.

“About a year ago (April 2018) Sherry Gong was subjected to a highly stressful family crisis. A close family member called her in a panic. He begged her for a large sum of money he needed within three days, declaring it was a matter of life or death, but he wouldn’t elaborate on the details,” Galambos’s statement says.

Galambos characterized the embezzled funds as “borrowed” money and as an “emergency loan” that Sherry Gong intended to repay but never did. Sherry Gong tried to recoup the money by borrowing from extended family members and selling some of her jewelry.

Sherry Gong was frightened and embarrassed, and she did not tell her husband about the situation.

“When she was contacted by the Atascadero Police Department, Sherry agreed to an interview where she admitted her actions and she presented replacement funds to the investigative detective in the form of cashier’s checks. It was only after this meeting that her husband was informed,” Galambos said in the statement.

Galambos also said Sherry Gong feels great remorse and shame for her actions and seeks to repay the booster club as soon as possible.

After the district attorney’s office announced it had filed charges, Tommy Gong released a statement saying he is not implicated in the case and was not aware of the matter until recently receiving a call from an Atascadero police detective. Tommy Gong also said he is standing by his wife’s side and supporting her during this difficult time.

In 2018, Tommy Gong received a base salary of $151,253 from SLO County, according to Transparent California.