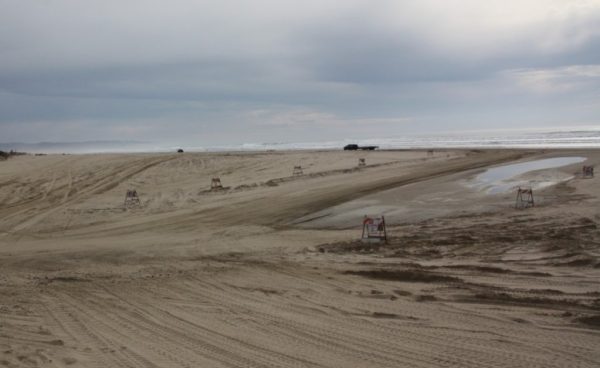 An 18-year-old man died in a motorcycle crash at the Ocean Dunes on Saturday afternoon.

Shortly after 3 p.m., the teen was riding a motorcycle behind another rider on a 30 foot dune when the teen lost control of his bike and hit the ground. State Park rangers and lifeguards responded to the scene and found the teen unconscious and without a pulse.

Responders performed CPR for about 20 minutes. Medics then arrived at the scene and pronounced the teen dead.

The teen was wearing a helmet, according to state parks. Investigators say neither alcohol nor drugs appear to have been factors in the crash.

The Sacramento teen was visiting the Oceano Dunes. The San Luis Obispo County Sheriff’s Office is conducting an investigation into his death.

The sixth fatality at the dunes this year follows a vote by the California Coastal Commission to require State Parks to develop a safety plan.