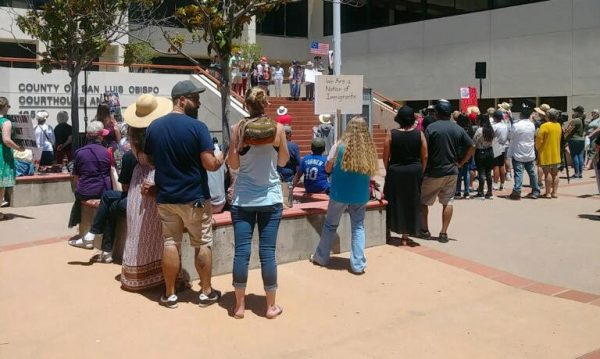 As part of nationwide protests against raids planned to be conducted by Immigration and Customs Enforcement (ICE), demonstrations took place in Santa Maria, Arroyo Grande and San Luis Obispo over the weekend.

On Friday evening, protesters gathered at Central Park Plaza in Santa Maria and Heritage Park in Arroyo Grande. Then on Saturday afternoon, about 100 to 200 people protested outside the San Luis Obispo courthouse.

Also on Friday, protesters raised a Mexican flag and defaced an American flag at an ICE facility in Colorado.

The following day, a man armed with a rifle and explosive devices attacked an immigrant detention facility in Tacoma, Washington. The man allegedly set a vehicle on fire and tried to ignite a propane tank before authorities shot and killed him.

Large ICE raids were expected to begin over the weekend, though it is unclear whether they materialized. 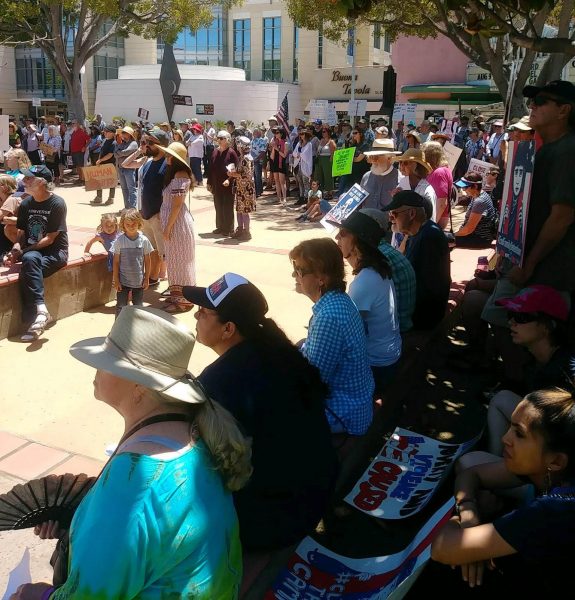