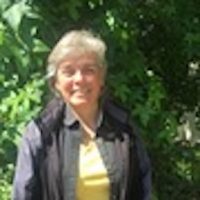 The Good Samaritan who was killed in the aftermath of a wrong-way driver, hit-and-run crash on Highway 101 in Paso Robles early Monday morning was Monica Cantu, a Cal Poly employee.

Cantu, 55, of Paso Robles, was Cal Poly’s senior facilities custodial manager. She had been employed by the university since Dec. 2012.

Authorities are currently searching for 40-year-old Pedro Alvarado-Torres, of King City, the wrong-way driver who caused the initial collision. His whereabouts are unknown.

At about 1:51 a.m., Alvarado-Torres was driving a Mazda Tribute southbound on northbound Highway 101. He crashed his SUV into a sedan driven by 62-year-old Anne Neville-Olson, of Atascadero. Neville-Olson suffered moderate injuries, according to the CHP.

Following the collision, both vehicles came to a rest in the highway median just south of the Spring Street off-ramp. Alvarado-Torres immediately fled the scene by foot.

Shortly after the crash, Cantu and 49-year-old Raul Gomez, who were traveling in separate vehicles, stopped at the scene to provide aid to Neville-Olson.

Both Cantu and Gomez were standing outside their vehicles when debris from the collision tore a tire of a passing van. The driver of the Ford van, 56-year-old Jay Dutson of Los Osos, lost control of his van and struck Cantu and Gomez.

“Those of you who know Monica will not be surprised that her first instinct was to stop and help another person in need,” wrote Cal Poly President Jeffrey Armstrong in an email to the campus community. “Putting others first was central to Monica’s values and speaks volumes about her character.”

Cantu was involved in the planning and cleanup of many major events on campus, including Cal Poly’s open house and graduation ceremonies. In 2017, Cantu received the annual outstanding staff award from Cal Poly.

Investigators are asking anyone who has information on Alvarado-Torres’s whereabouts to contact the Templeton CHP office at (805) 434-1822.