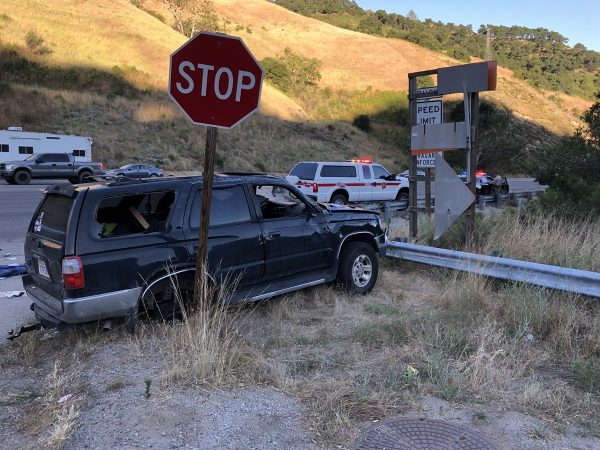 A man suffered major injuries after his Toyota SUV rolled over at the top of the Cuesta Grade Tuesday evening, according to Cal Fire.

At about 6:25 p.m., the driver was traveling northbound on Highway 101 when he suddenly made an erratic left turn and the SUV he was driving crossed into the path of a southbound car.The two vehicles collided and the SUV rolled over multiple times ejecting the driver onto the roadway.

Several witnesses stopped to help the driver. The driver was reportedly responsive.

At least one EMT provided first aid before the injured man was taken to Sierra Vista Regional Medical Center. Investigators are not releasing the man’s name at this time.