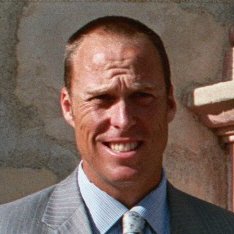 An investigation into a San Luis Obispo city inspector who violently assaulted a woman in a bar ended several weeks ago, but the employee remains on paid administrative leave while city management ponders what they should do next.

A trove of emails, released under the Public Records Act, exposes an unusually close relationship between SLO City Manager Derek Johnson and Christopher Olcott, a relatively low ranked employee with a checkered work and criminal history. In a public statement in April, Johnson called an “unwarranted act of violence” by Olcott against two people at a local bar “appalling.”

Within seconds, Olcott hit Chavez in the temple with his elbow, knocking her unconscious. Olcott then punched Chavez’s companion, Isaac McCormack, in the back of the head three times. Both Chavez and McCormack suffered concussions during the assault.

Amid public outrage over the assault, in mid-april Johnson placed Olcott on paid administrative leave while the city investigated if the inspector can do his job in the interest of workplace and public safety.

In the past, several former coworkers reported Olcott for workplace transgressions, including accepting a gift card from a developer after doing an inspection, and for yelling at a female coworker, coworkers said. However, these reports appear not to have impacted Olcott’s employment leading coworkers to question why management appears to be overlooking serious behavioral issues.

The 2,035-page cache of emails exposes a cozy relationship between Johnson and Olcott. While it is highly unusual for an administrator to perform site reviews with an inspector, emails show Johnson attended inspections with Olcott.

“The guys are ready for us down there at the hotel anytime today,” Olcott wrote in an email to Johnson about a Hotel Serra site visit in Oct. 2018.

Johnson responded by thanking Olcott for coordinating their visit.

In late 2017, emails show Olcott’s supervisor Mark Sadowski working to hire a temporary inspector to help speed up the permit process. Sadowski said he had received approvals from three department heads and was awaiting approval from Johnson before moving forward.

Olcott responded with an email to Johnson objecting to his supervisor’s decision to hire a female inspector.

“FYI Derek & Michael I was never asked if I needed the help or not,” Olcott writes to Johnson and Codron. “In my opinion it is not needed.”

Johnson then told Olcott he planned to evaluate Sadowski’s request.

In June 2017, a week after Johnson’s birthday, Olcott gave Johnson a book of poetry from Chilean poet Pablo Neruda, a man know for his odes and love poems.

“I have a late birthday gift I wanted to hand to you, when is the best time for me to come by and do that,” Olcott wrote in a June 26 email to Johnson. “Also happy birthday (better late than never right….)”

“Thank you for the book of poems from Pablo Neruda!” Johnson writes to Olcott. “Appreciate it and love Pablo. Hope you are doing well and look forward to seeing you soon.”

In April, the city hired a private investigator, Dave Fleishman of Atascadero-based Hanley & Fleishman, to conduct the investigation while Olcott earns $1,420 a week in paid administrative leave.