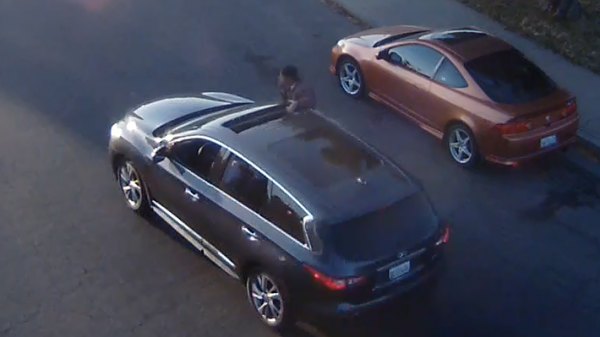 Santa Maria police are searching for gang members involved in a drive-by shooting last week, one of whom is pictured in a surveillance image with his upper body hanging out of a moving vehicle and a gun apparently in his hands. [KCOY]

Shortly before 8 p.m. on July 16, four Hispanic males were traveling in a dark-colored Infiniti SUV with the front passenger leaning out the window and calling out of the vehicle in attempt to instigate a confrontation with a rival gang, police said. The passenger then fired shots in the 200 block of West Williams Street near Donovan Road

Santa Maria Lieutenant Paul Van Meel said the shooting was unique because the vehicle was still in motion. The front passenger hung his upper torso out of the vehicle, produced a handgun and shot from a moving vehicle, Van Meel said.

It is unclear at what or whom the suspect was shooting. There were no reports of the gunshots striking anyone.

Investigators request that anyone who recognizes the suspects’ vehicle or has any information about the case call Detective Kulp at (805) 928-3781.

The July 16 shooting was not the only drive-by to occur in Santa Maria last week. Three days later, another drive-by shooting occurred, during which suspects fired multiple rounds and then fled in a vehicle. No one was struck by the gunfire, and officers ended up arresting three suspects. 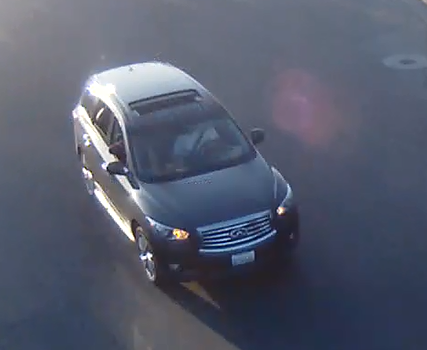