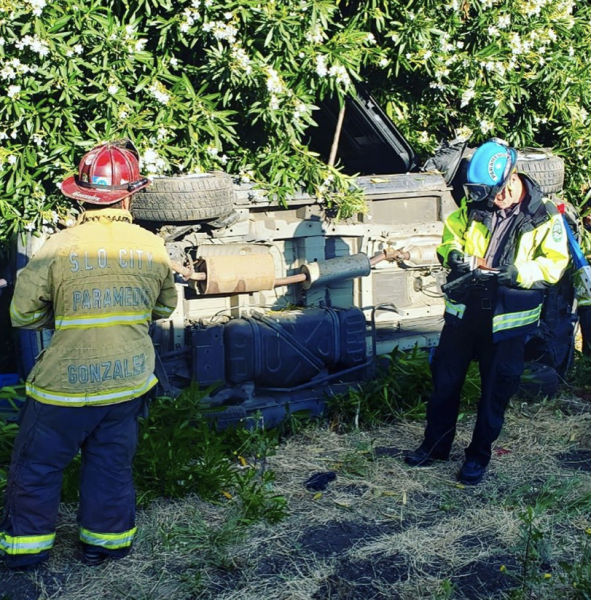 A man suffered major injuries and needed to be extracted from his vehicle after crashing and rolling his vehicle over on Highway 101 in San Luis Obispo Wednesday morning.

At about 8 a.m., the car crashed on southbound Highway 101 just south of the Madonna Road off-ramp, according to the San Luis Obispo Fire Department. The vehicle landed on its side off of the highway in thick shrubbery.

Firefighters arrived at the scene and quickly extricated the man. Responders transported him to Sierra Vista Regional Medical Center.

The Tribune reports the man, 54-year-old San Luis Obispo resident Gerald Anderson, was arrested for DUI following the collision, though he was not booked in jail because of his injuries. Anderson’s injuries included broken ribs. 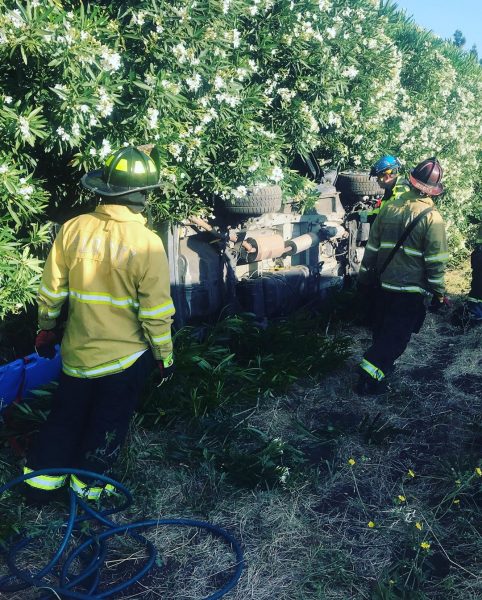