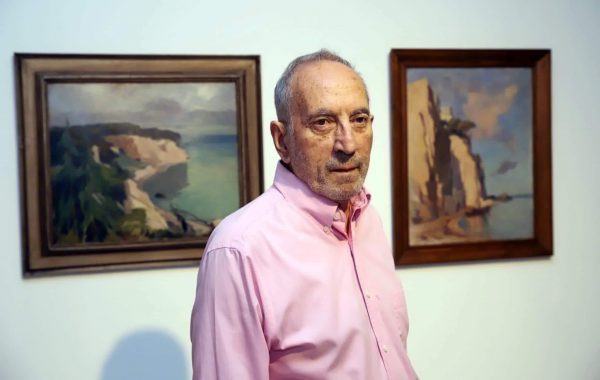 Alex Alexiev, an accomplished geopolitical analyst who lived and worked in numerous locations around the world, including San Luis Obispo County, where he raised a family and resided for 15 years, died early Sunday morning in his native Bulgaria at 77.

Alexiev was the son of Rayko Alexiev, a renowned Bulgarian writer and caricaturist, who was tortured and killed in 1944, following the communist takeover of Bulgaria. Alex Alexiev escaped communist Bulgaria in the 1960s, resettling in California and embarking upon a long career as a geopolitical analyst, working for think tanks, as well as the United States Department of Defense.

“Alex was a beacon of reason and wisdom earned over a long life that he shared with his followers and readers, friends and even opponents,” said Ilian Vassilev, the former Bulgarian ambassador to Russia and current managing editor of the publication Bulgaria Analytica, a role he had shared with Alexiev. “He rarely spoke in public on anything else but topics which he had mastered — radical Islam and Kremlinology. He was listened to in many places world over. This came at a cost; his openness earned him entry bans to a number of countries.”

Upon immigrating to the United States, Alexiev completed both his undergraduate and graduate studies at UCLA. Alexiev went on to work for the Santa Monica-based Rand Corporation and various Washington, D.C. think tanks, in addition to The Pentagon.

In the 1970s, Alexiev served as one of the experts who contributed to Team B, a competitive analysis exercise commissioned by the CIA, then led by eventual President George H.W. Bush. Team B is credited with swaying U.S. foreign policy toward a more aggressive approach to countering the Soviet Union and with influencing the American weapons buildup that began under the Carter Administration and accelerated under the Reagan Administration.

Alexiev authored or co-authored at least a dozen books, including works such as Inside the Soviet Army in Afghanistan and Marxism and Resistance in the Third World: Cause and Effect.

In 1991, Alexeiv returned to Bulgaria and became the advisor to the country’s post-communist prime minister, Philip Dimitrov. Also around the time of the collapse of communism, he directed the Bulgarian bureau of Radio Free Europe.

From 1999 to 2014, Alexiev lived in Templeton, where he helped raise a family. He spent much of the current decade bouncing back and forth between the United States and Bulgaria.

“It’s hard to imagine looking up to somebody as much as I do my father,” Eric Alexiev said.

A funeral is scheduled for Friday in Sofia, Bulgaria.