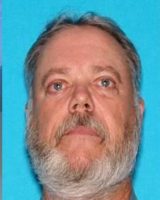 The San Luis Obispo man charged with hate crimes for allegedly threatening to shoot minorities moving into his neighborhood is a retired SLO city firefighter.

Richard Orcutt, 62, worked for the San Luis Obispo Fire Department for more than 30 years. In 2018, he received a pension of $93,922, according to the Transparent California database.

On Monday, Orcutt pleaded not guilty in San Luis Obispo Superior Court to 10 felony charges related to hate crimes, making criminal threats and unlawful possession of an assault weapon. If convicted, Orcutt faces up to 14 years in prison, according to the SLO County District Attorney’s Office.

Late last month, detectives served a search warrant at Orcutt’s home in the 1300 block of Cavalier Lane and found handguns, rifles, shotguns and thousands of rounds of ammunition, police said.

Authorities seized a total of 37 firearms, including an assault weapon, according to the district attorney’s office.

Orcutt’s attorney, Guy Galambos, released a statement Monday saying there is no evidence his client created or sent the threatening cards.

Officers arrested Orcutt following the search of his home and booked him into the San Luis Obispo County Jail. Orcutt is currently out of custody having posted $500,000 bail.