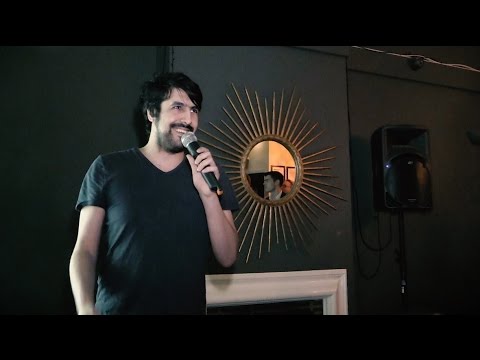 The key witness in a murder-for-hire trial took the stand Tuesday in San Luis Obispo Superior Court and admitted during cross examination that he is a convicted sex offender with a criminal history related to child pornography.

Beau Brigham, a 33-year-old Riverside man, is currently standing trial over a single felony count of solicitation of murder, to which he has pleaded not guilty. Brigham allegedly used the dark web to hire a hit on his stepmother for about $3.50 and then canceled the hit.

Chris Monteiro, a resident of London who is a self-described cybercrime researcher and expert on the dark web, brought the allegation that Brigham tried to hire a hitman to kill his stepmother to the CBS program 48 Hours, which ran a segment on the case. CBS forwarded the allegations to the San Luis Obispo County District Attorney’s Office, which is now prosecuting the case.

Brigham’s father died in 2011. In 2015, Brigham and his brother, Brandon, sued their stepmother for taking part of their inheritance and won a large judgment against her.

The prosecution has argued during trial that Brigham could received a third of his father’s inheritance if his stepmother died.

During cross examination on Tuesday, Brigham’s attorney, Ilan Funke-Bilu, took aim at Monteiro’s credibility. While being questioned, Monteiro admitted to having to register as a sex offender after being caught with 58 images of child pornography on his computer, most of which he created.

The district attorney’s office has already granted Monteiro immunity from prosecution for any criminal actions related to the case including perjury. In addition, the county is covering the cost of Monteiro’s travel to the United States, including paying for two full-time body guards.

In addition to admitting to his sex offender status, Monteiro acknowledged during cross examination that he committed illegal acts in order to access content on the dark web. Monteiro said he compromised and shut down websites while obtaining information about the case.

During his testimony, Monteiro said Brigham was being scammed into paying the bitcoin equivalent of $10,000, thinking a hitman would kill his stepmother. Monteiro testified the website falsely advertising a murder for $5,000, and that for $9,000, assassins could kill the person and make the death appear to be an accident.

The London resident testified that a person using the dark website tried to pressure Brigham into sending bitcoin, to which Brigham responded he had the money and needed more time.

Monteiro also testified he discovered an image of Brigham’s stepmother, as well as an order form stating her address and the description of her car. The form also stated “this person is evil” and that the killing should not be carried out unless it could be done as an “extreme clear accident,” Monteiro said.

During preliminary hearings, Judge Jesse Marino stated he had concerns about the genesis of the case involving Monteiro, a crusading hacker from London. But, Marino ultimately ruled much of the evidence Monteiro delivered to prosecutors could be included in the trial.

Marino excluded messages gathered by Monteiro that are copies, rather than originals. Funke-Bilu has argued that Monteiro cannot verify who sent and received messages he collected as evidence.